Behind the normal door of a normal house, in a normal street, two men are slowly driving each other insane. One of them is a psychopath.

The father Mr Todd is at his wits’ end. He’s been robbed of his job as a tax inspector and is now stuck at home... with him. Frustrated. Lonely. Angry. Really angry.

The son Adrian has no job, no friends. He is at home all day, obsessively chopping vegetables and tap-tap-tapping on his computer. And he’s getting worse, disappearing for hours at a time, sneaking off to who-knows-where?

The unholy spirit in the safety of suburbia, one man has developed a taste for killing. And he’ll kill again.

When I read this author's previous book, Sweet William, I was impressed with the way he, very quickly, gets right into the complicated personalities of the characters he brings to life and, right from the start of this story, both Malcolm Todd and his beleaguered, son, Adrian are really quite memorable. There's a creeping menace which underlines the very ordinariness of their lives but which also reiterates that old adage that we never really know what's going on behind the closed doors of seeming respectability. There's anger and frustration and a whole heap of anguish which is brought to life with subtle hints and a real glimpse into the dark depths of a very complex individual.

It’s really difficult to do this book justice without giving anything away so I’ll concentrate on the author’s unique style of writing which is spare to the point of starkness and yet, there is a wonderful analytical observation about people and of the way that we only ever see what we want to see, and that even the most unremarkable of people can harbour the wildest secrets.

Mr Todd's Reckoning is a really dark, almost claustrophobic story, with some genuinely creepy moments that had me reeling in disbelief, and which made me stop to consider that nothing in life is ever as it first appears.

Mr Todd’s Reckoning is a very clever psychological thriller which is quite different from anything I have ever read before but which is made all the more special for being so unique. 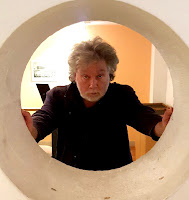 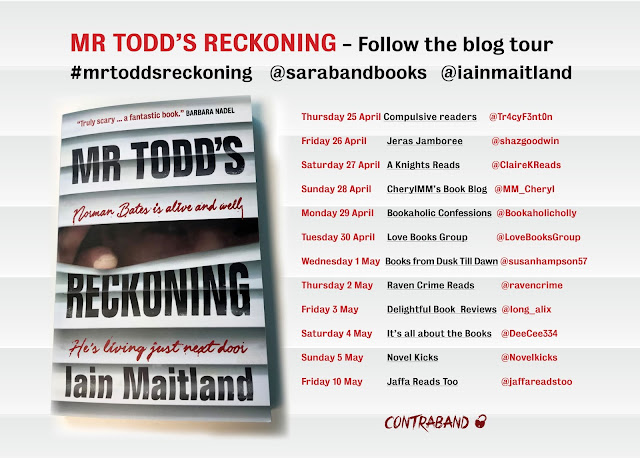