How do you find the missing when there’s no trail to follow?

DC Lucy Clayburn is having a tough time of it. Not only is her estranged father one of the North West’s toughest gangsters, but she is in the midst of one of the biggest police operations of her life.

Members of the public have started to disappear, taken from the streets as they’re going about their everyday lives. But no bodies are appearing – it’s almost as if the victims never existed.

Lucy must chase a trail of dead ends and false starts as the disappearances mount up. But when her father gets caught in the crossfire, the investigation suddenly becomes a whole lot more bloody…

The first chapter gets the book off to a really good start and this exciting atmosphere never lets up until the dramatic conclusion which had me scrabbling back into the story to see if I had missed any important clues. There's so many twists and turns and genuinely heart stopping moments that my fingers turned the pages ever faster so that I didn't loose track of what was happening.

In the town of Crowley in Greater Manchester random people are going missing, they are simply there one minute and then gone the next and whilst the link between the missing takes a while to become a police investigation, when it does, Lucy Clayburn and her team have a real challenge in trying to keep one step ahead of an investigation which gets more and more complex as time goes on.

Those who are familiar with the Lucy Clayburn crime series will know just how this gutsy detective operates, she's feisty, resolute and brimful of curiosity, and certainly doesn't suffer fools, and throughout this complex investigation she is absolutely determined to get to the heart of the matter, even if that means going into some very dangerous situations. It was interesting to see that the complication in Lucy's past is developed further in this story and I have enjoyed working out the connection, especially with her estranged father, which adds another dramatic layer to what is, already, an exciting crime thriller.

The author writes really well and, using both his police experiences and his local knowledge, brings this gritty northern series to life in such a scarily realistic way. Stolen is particularly gritty, with some genuinely dark moments which, at times, makes for uncomfortable reading, but which add such fascinating drama to this fine continuation of the Lucy Clayburn series. 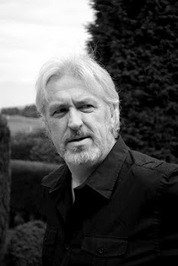 Paul Finch is a former cop and journalist, now turned full-time writer. He cut his literary teeth penning episodes of the British TV crime drama, The Bill, and has written extensively in the field of children’s animation and for Dr Who. However, he is probably best known for his work in thrillers, crime and horror. His most successful works to date are the six-novel DS Heckenburg crime series, and the new Lucy Clayburn series, the first instalment of which, STALKERS, reached no. 7 in the Sunday Times best-sellers chart. 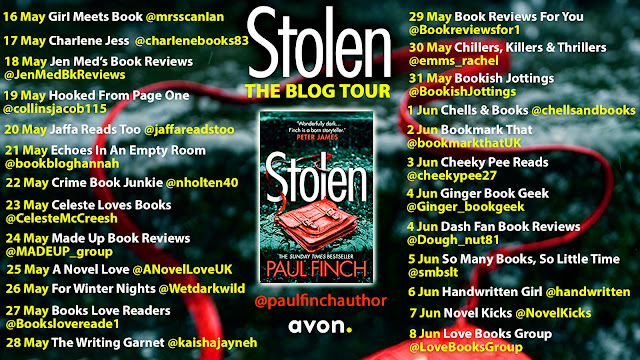