County Wicklow, Ireland. Margo has just lost her husband Conor and is grieving his passing, unsure how she and her daughter Elsa will survive without him. Then she receives a letter that turns everything she thought she knew on its head. Not only has she lost her husband, but now Margo fears she could lose her daughter as well.

Ohio, United States. Cassie has just split from her husband acrimoniously. Upset and alone she does not know how to move forward. Then her ex-husband demands a paternity test for their daughter Tilly and sorrow turns to anger as Cassie faces the frightening possibility of losing her daughter.

So many emotions run through this book that it's really difficult to say much about the plot without giving far too much away. However, it's safe to say that I was completely engrossed in the combined story of Margot and Elsa in Ireland, and Cassie and Tilly in the US. Both women have had their fair share of heartache as each is grieving the loss of their marriages, albeit for very different reasons. Not content with the trauma of coping as a single parent both women are devastated to learn that the daughter they each cherish could by some dreadful quirk of fate not be their biological child.

Getting right into the emotional heart of a story is what this author does best and My Mother's Daughter certainly shares some really tough emotional issues which, at times, threaten to engulf both Margot and Cassie. Throughout this emotional story there are some wonderful mother/daughter moments to cherish but equally there's also some really heart-breaking decisions to be made which the author handles with thoughtfulness, compassion and a real sense of empathy.

My Mother's Daughter covers some really sensitive issues around love and loss, and with some really sad stuff towards the end of the book which had me reaching for the tissue box, and yet, it's also a really uplifting story about the powerful bonds of both motherhood and friendship.

Throughout this excellent story I was reminded of the lengths that mother's will go to to protect their children and that sometimes the strongest emotional bonds are not forged by blood but by unconditional love. 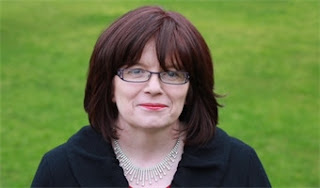 As a leading journalist in Ireland for nearly thirty years, Ann O'Loughlin has covered all major news events of the last three decades. Ann spent most of her career with independent newspapers where she was Security Correspondent at the height of The Troubles, and was a senior journalist on the Irish Independent and Evening Herald. She is currently a senior journalist with the Irish Examiner newspaper covering legal issues. Ann has also lived and worked in India. Originally from the west of Ireland she now lives on the east coast with her husband and two children 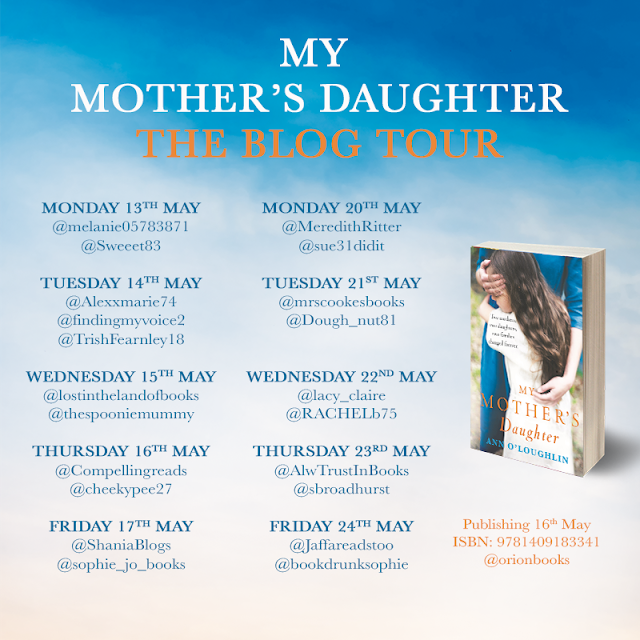