From the bestselling and award-winning master of suspense, the first novel
in a thrilling new series!

Colter Shaw is an itinerate "reward-seeker," traveling the country to help police solve crimes and private citizens locate missing persons. When he learns of a reward for a missing college student in Silicon Valley, he takes the job. The investigation quickly thrusts him into the dark heart of Silicon Valley and the cutthroat billion-dollar video gaming industry--and then a second kidnapping happens...and this victim turns up dead. The clues soon point to one video game, The Never Game, in which the player has to survive after being left abandoned. Is a madman bringing that game to life? If so, Shaw has to stop him before he strikes again...and before he figures out that Shaw is on his trail.

Colter Shaw earns his living as a 'reward-seeker',  travelling around the US responding to those people who are so desperate to find their loved ones that they offer a substantial reward. A born tracker, Shaw enjoys using his considerable wits in order to find the impossible, and so, when he is summoned to Silicon Valley to find a missing student, he quickly realises that he has taken on a very complicated investigation. Shaw's personal sense of commitment demonstrates his steely determination to succeed where the local Joint Major Crime Task Force have failed.

The Never Game is the first of a new crime fiction series featuring Colter Shaw and as with any new series there is a certain amount of getting to know the lead character, so interspersed alongside the investigation are snippets of information about Shaw's background, and his childhood spent with his family in a remote area of California. Understanding his rather unconventional upbringing goes a long way to discovering just what makes this enigmatic character behave in the way that he does.

The story moves along at a cracking pace, from the mistrustful offices of the JMCTF, to the intricate politics of the video gaming world, Shaw tries his best to keep one step ahead of a perpetrator who seems intent on leaving as few clues as possible. Shaw's absolute meticulous attention to even the smallest of detail is one of the absolute strengths of the story, and the way he deals with the many twists and turns in the investigation, adds to the overall suspense of this fascinating crime thriller.

I know absolutely nothing about the video gaming industry, in fact, I'm not remotely familiar with a gaming console, or the lure of video gaming, but that really didn't matter as the gist of the story is soon picked up and very quickly becomes an absolutely compelling read. 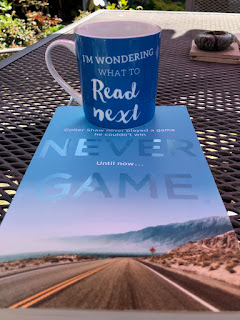 Fans of this talented writer will be delighted with the way this new series has taken off and for new readers starting with The Never Game is a really good place to start to discover this talented author's writing.

Widely recognised as one of the world’s greatest thriller writers, Jeffery Deaver has written over thirty bestselling novels including his first book The Bone Collector, which was made into a major motion film starring Denzel Washington and Angelina Jolie.

His new novel The Never Game is the first in an exciting new series starring enigmatic investigator Coltar Shaw. Combining high-quality writing with an action packed plot filled with twists and turns... 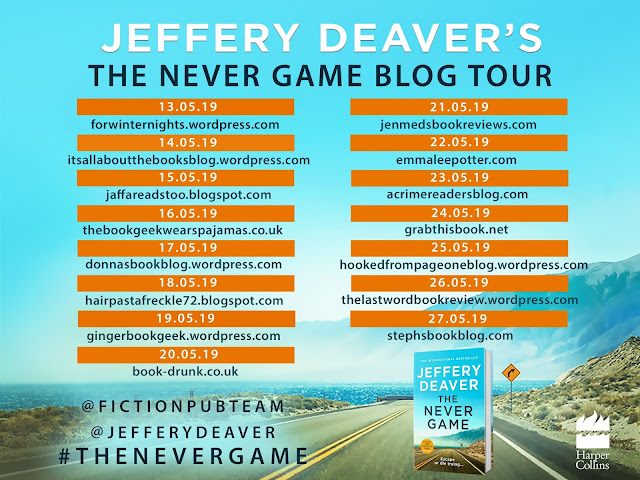