I am delighted to welcome Alison Morton

and to be part of her PERFIDITAS 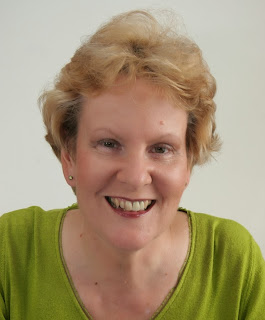 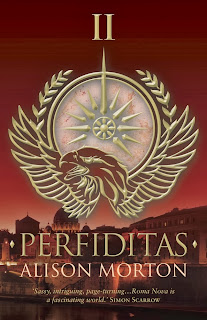 Where did the idea for the Roma Nova series come from?


I was eleven and on holiday in north-east Spain. Fascinated by the Roman mosaics in Ampurias, I wanted to know who had made them, whose houses they were in, who had walked on them.

After my father explained about traders, senators, power and families, I tilted my head to one side and asked him, “What would it be like if Roman women were in charge, instead of the men?” Maybe it was the fierce sun boiling my brain, maybe early feminism surfacing or maybe it was just a precocious kid asking a smartass question. But clever man and senior ‘Roman nut’, my father replied, “What do you think it would be like?”

Real life intervened (school, university, career, military, marriage, parenthood, business ownership, move to France), but the idea bubbled away in my mind. My mind was morphing the setting of ancient Rome into a new type of Rome, a state that survived the dissolution of the Western Roman Empire into the 21st century, but retaining its Roman identity. And one where the social structure changed; women were going to be leading society.


What is it about PERFIDITAS that will pique the reader's interest?


Readers of the first book in the series, INCEPTIO, said they loved the mix of history, mystery, action adventure and romance of Roma Nova; all those elements are in PERFIDITAS, but in different ways.

PERFIDITAS, although the second in the series, can be read as a stand-alone story or as a sequel. As it’s set in an imaginary Roman country where women rule, there’s a feminist streak running through. The heroine, Carina, is an officer in the 21st century Praetorian Guard. Yes, she’s tough and sassy but vulnerable; she’s almost overwhelmed by the betrayals surrounding her. And apart from trying to stop conspirators determined to overthrow the government, she’s torn by personal dilemmas which I think will resonate with readers.

PERFIDITAS has as many plot twists and turns as INCEPTIO so I hope readers will be surprised and intrigued.

PERFIDITAS is the second book in the Roma Nova series – did you feel more of an obligation to make this book even better than the first?

I think all writers strive to make their following book better than the previous one! Keeping the story lively without losing the plot – literally – is crucial as is attention to detail. And in a series, it’s important to develop the characters in their personal stories as well as drive the action forward.

How much research did you do for the book, and did anything surprise you?


I built on the research I had accumulated for INCEPTIO. Authenticity and plausibility are crucial for an imagined setting; you can’t Google it or load the Wikipedia page! But inventing a country doesn’t mean you can throw any old facts into your book; they have to hang together in a logic way. I wanted to give readers connections between ancient Rome and the 21st century. For instance, I’ve used the 4th century Roman coinage name, solidus, for the Roma Nova currency, but today they have notes, debit cards and internet banking.

Can you tell us if there are more Roma Nova books planned?


Haha! Yes, indeed there are. I’m working on SUCCESSIO which is a slight play on words which in Latin can mean “what happens next” as well as “the next generation”.

After that, we go back a little in Roma Nova history for the following three books.

Who, or what are your main literary influences?

I read a lot and across different genres, so that’s a really hard question to answer. Rosemary Sutcliff’s Eagle of the Ninth must be the first Roman novel I ever read. It terrified and thrilled me at the same time - I wanted more! Then followed a steady diet of spy and adventure stories from the Simon Templar “Saint” series right up to William Boyd’s Restless and Ian Rankin’s Rebus, plus historical fiction from Jean Plaidy to Elizabeth Chadwick and Lindsey Davis via Jane Austen and Georgette Heyer.

I’ve just finished Simon Scarrow’s Blood Crows, the latest of his Macro and Cato Roman Army novels. Simon very kindly gave me a lovely endorsement for PERFIDITAS and I had the pleasure of meeting him at the Harrogate History Festival last month.


My review of Perfiditas

Perfiditas is the clever continuation of the story which began in Inceptio, and follows the story of Captain Carina Mitela of the Praetorian Guard Special Forces as she continues her life with her family in Roma Nova. As always, the momentum of the narrative never falters and the pace continues with a fast and furious story of conspiracy, treachery and betrayal at the highest level.

What I like best about this series is the author’s fine attention to detail and her uncanny ability of, not just creating an altogether alternate history, but also of maintaining the status quo in a story which abounds with excitement and enthusiasm. The characters become quite real in your mind, and even though deep down you know that Roma Nova doesn’t exist beyond the author’s imagination, there is a real temptation to hop on a plane and go find the place for yourself.

There is always the danger that the second book in a series will be a bit of a letdown, either the plot doesn’t feel as strong, or the development of the characters can seem a little insipid, however, there is no such fear with Perfiditas, if anything the plot this time is stronger and more succinct and you can sense that the author has a real emotional commitment to the characters and their lives.

I am sure that in the hands of this very capable author, the alternate world of Roma Nova will continue to go from strength to strength, and I look forward to being an enthusiastic traveller on the Roma Nova journey for quite some time.

*~ Thank you so much Alison for spending time with us ~*

Jaffa and I have really enjoyed hosting this interview and look forward to many more trips to Roma Nova.