In conversation with Deborah Swift... 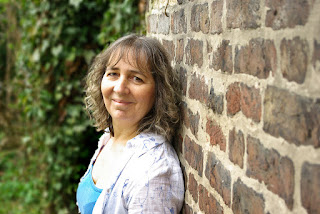 What is it about A Divided Inheritance that will pique the reader’s interest?

The story has a wide historical sweep that will transport the reader from the foggy, winding London streets to the vibrant cathedral squares of Golden Age Seville. The novel explores family relationships and how love and trust develop through shared experiences, so that our real 'family' might not be just our blood relations.

This book takes the reader to Spain - how important is location to your story?

I wanted to contrast the historical and religious contexts of the two countries. In England, in the time just after The Gunpowder Plot, Catholics were persecuted, and to hold a Mass was to risk imprisonment and hefty fines. Elspet Leviston's priest has to hide in the priest hole and is continually on the run from household to household.

But in Spain, not to be Catholic was an offence punishable by death. I wondered what would happen if Elspet was forced to go from one country to the other. Also, in Spain the Inquisition were still active, and it was the Morisco population that were persecuted. Their story forms a backdrop to the latter part of the book, moving the plot forward because Elspet and Zachary, her cousin, become embroiled in their plight.

As well, the two cultures allowed me to explore themes about what freedom feels like - Zachary feels free when he trains at the fencing school, Luisa when she is dancing Flamenco, and Elspet when she is giving up her restrictive and conventional English clothing for simpler attire.

When researching A Divided Inheritance did you discover anything which surprised you?

I was surprised by the fact that about 400,000 of the Spanish population - many of whom had been there for generations, were expelled from Spain. They were given only a few days notice to leave their homes, their friends and their livelihoods. It was an act of ethnic cleansing I had never heard of before. As soon as I came across it in my research I felt it was a story that deserved to be told.

I love the 17th century as it was a time of enormous change in English history, and also the Victorian era, the great age of Industrialisation, though I haven't yet written a book set in Victorian times.

At which event in history would you like to be a fly on the wall and why?

Definitely the death of the Princes in the Tower! It is one of those classic whodunnits of history. As long as I was definitely a fly, that is, and not someone likely to need to be silenced!
Or I'd like to watch Shakespeare put pen to paper and write Hamlet. Just to see him as a writer rather than an icon. I'd also like the contents of his waste paper basket!

I have been working on a novel set in World War II which is finished - working title 'Past Encounters' - and I'm also writing a Teen fiction book set during the English Civil War.

Many thanks, Jo and Jaffa for hosting me.
Deborah

Deborah - it's always a great pleasure to have you visit our blog.
Jaffa and I hope you will come back and see us again soon.

My thoughts on A Divided Inheritance

A Divided Inheritance is set initially in Jacobean England when distrust of family, neighbour and friend had reached its zenith. Religious persecution was rife throughout Europe and in England hidey holes for Catholic priests could be found in the most illicit of places. Helping to run the family lace business with her father, Nathaniel, Elspet Leviston’s life is about to be turned completely upside down by the arrival of her mysterious cousin Zachary Deane who has his own ideas for the family business. When Nathaniel dies unexpectedly, Elspet and Zachary are forced into a battle of will to determine which of them will have the inheritance of Leviston’s Lace. However, Zachary has disappeared into Spain, and Elspet has only a limited amount of time to track him down, before she risks losing everything she and her father worked so hard to attain.

As with Deborah Swift’s previous novels, the research and fine attention to detail is impeccable. The Jacobean world is revealed as a scheming hotchpotch of family rivalry and religious persecution which takes the reader from the stark and drear world of Jacobean London, through to the sweltering heat and colour of Catholic Spain, when the inquisition lingered on corners and the dreadful expulsion of Muslims  forced families apart in the most  horrendous of circumstances.

Initially, the book appears to get off to a slow start with little seeming to happen, but then about a third of the way into the story, and particularly when the focus shifts to Spain, the narration becomes livelier. The strength of the story telling and the vivid imagery of seventeenth century Seville is quite compelling. The day to day life in Spain made for fascinating reading; I especially liked the revealing of intricate details of swordsmanship at the fencing school.

European history and particularly Spanish history is not an area I am familiar with, so to have a story which seeks to shed light on some of the more disturbing events that happened in seventeenth century Spain whilst at the time keeping control of an intricate and complex family drama, made this an enjoyable and fascinating read.

I am sure that fans of well written and factually accurate historical fiction will love it as much as I did.