"There is a madness come upon England of late..."

When Jane’s lover, Tom, returns from the navy to find her unhappily married to his betrayer, Jane is caught in an impossible situation. Still reeling from the loss of her mother at the hands of the witchfinder John Sharpe, Jane has no choice but to continue her dangerous work as a healer while keeping her young daughter safe. But, as Tom searches for a way for him and Jane to be together, the witchfinder is still at large. Filled with vengeance, John will stop at nothing in his quest to rid England of the scourge of witchcraft. Inspired by true events, Sunwise tells the story of one woman’s struggle for survival in a hostile and superstitious world. 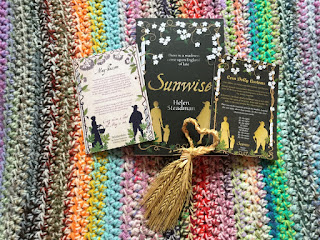 From the very start of Sunwise there is a real sense of foreboding and those who have read Widdershins will, like me, want to know what happened to Jane Driver and her baby daughter, Rose, in the aftermath of the Newcastle witch trials.

At the start of the story we discover that Jane, although still grieving her beloved mother, is kept busy looking after her young daughter. She continues to help the villagers of Mutton Clog, delivering their babies and carefully preparing the healing potions her mother once taught her to make.

John Sharpe, the notorious witch finder, is still at large and is just as determined to rid the north of England of the witches he is certain still hide amongst the ordinary God fearing folk. However, in his crazed quest to root out evil, he has never forgotten Jane Driver, or of his insane ambition to rid the country of the one woman he considers to be the most dangerous witch in all of England.

Beautifully written, Sunwise is a worthy continuation of the story, and is filled to bursting with all the trademarks of this author’s exceptional writing, however, it must also be said that it is not an easy read. It’s dark and dirty and so insidiously evil that the individual chapters which feature John Sharpe made my, already chilled blood, run even colder. The author’s undeniable skill with words brings the story to life in glorious detail, from the lure of superstition and the absolute torment of lost love, to the very real threat of danger and the undeniable evil which lurks in the shadow of an ancient church. From start to finish there is never a moment when the story doesn’t hold every scrap of your imagination, taking you very firmly by the hand towards an inevitable conclusion, which, it must be said, made me gasp out loud.

I started to read Sunwise on a rather dreary afternoon and didn't look up from the seventeenth century, except to make restorative cups of tea, until the whole of the story had played out, and even after I'd closed the book, vivid images still ran in my mind and I couldn't stop thinking about the  places, the people and the roles they had all played in this remarkable story.

Whilst Sunwise can be read as a standalone story, I do think that it will work so much better if you read Widdershins first. 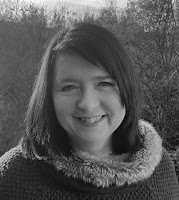 Helen Steadman lives in the foothills of the North Pennines, and she particularly enjoys researching and writing about the history of the north east of England. Following her MA in creative writing at Manchester Met, Helen is now completing a PhD in English at the University of Aberdeen to determine whether a writer can use psycho-physical techniques to create authentic fictional characters. 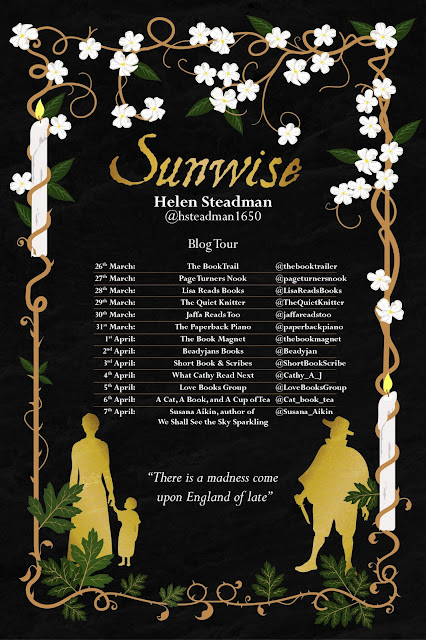