Review ~ The Last Thing She Told Me by Linda Green

Even the deepest buried secrets can find their way to the surface... Moments before she dies, Nicola’s grandmother Betty whispers to her that there are babies at the bottom of the garden. Nicola’s mother claims she was talking nonsense. However, when Nicola’s daughter finds a bone while playing in Betty’s garden, it’s clear that something sinister has taken place. But will unearthing painful family secrets end up tearing Nicola’s family apart?

Nicola's grandmother's shock revelation about there being babies at the bottom of her garden isn't taken very seriously as there are far more important things for Nicola to sort out in the aftermath of her grandmother, Betty's, death. However, when Nicola's daughter, Maisie is playing in Betty's garden she finds a tiny bone, which may, or may not, be significant, but which certainly cannot be ignored.

What then follows is a fascinating family drama which moves seamlessly between the present, and the past, and which gradually uncovers such a sad story that I found I was reading with tears in my eyes at the injustice of lives which have been so badly damaged by tragic circumstances.

Beautifully written, with a fine eye for even the smallest of detail, this clever intertwining of Nicola's life in the present, with that of her grandmother, Betty in the past, adds a truly personal feeling to the story. And so realistic is the narrative that I came to know Nicola really well and fully supported her actions. Thanks to the sensitive handling of the plot, I understood why she felt so compelled to uncover this devastating family mystery, even though it was tearing her family apart to do so.

The Last Thing She Told Me is one of those stories which really gets under your skin and quickly becomes absolutely compelling reading. It grabs your attention from the very first page and doesn't let go until the whole of this sad story has been played out. 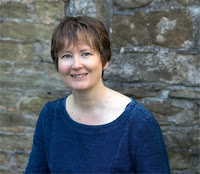