Blog Tour ~ The Shadow Between Us by Carol Mason

Olivia’s marriage is floundering, her grown up daughter is painfully distant, and her life is in pieces. Desperate for a fresh start, she packs her bags and retreats to a remote and beautiful holiday home on the coast near Port Townsend. Joining a letter-writing club seems like a harmless decision to connect with those around her in this small community. When she meets Ned, an ex-soldier badly wounded in Afghanistan, this unlooked-for friendship revives unexpected emotions and memories she’d rather forget… But is her marriage to Mark really over for good? And can Olivia find the courage to confront the haunting secret she’s hiding from, healing the wounds that have torn her life apart?

Olivia has left the family home with all of its memories and has settled in the pretty town of Port Townsend, where she is befriended by the townsfolk, in particular, ex-navy SEAL Ned and book shop owner, Beth. Amongst the books, and as being part of a letter writing group, Olivia finally comes to terms with some tragic events which are stopping her from moving forward in her personal life.

This is a beautifully written observational story; it's about what makes us function as people and its about what happens when tragedy strikes and how we cope with trauma and grief. The heartache of losing things which are precious to us is very much in evidence and as the story starts to develop so Olivia reveals much about herself and in doing so the gradual pieces of the jigsaw puzzle of her life start to come together. The author writes with great sensitivity and real compassion, revealing the pieces of the story ever so gradually so that when an emotional bombshell is dropped it absolutely knocks you for six.

The Shadow Between Us is a quietly contemplative story which allows an emotional glimpse into lives of people which have been forever changed by circumstances. The way that the very different characters in the story cope with these changes is what makes this book such a fascinating observational read. 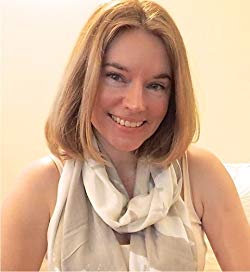 Carol Mason is the bestselling author of women's fiction novels including After You left, The Secrets if Married Women and The Last Time We Met. Carol grew up in Sunderland, working as a model before joining the Diplomatic Service. She moved to Canada and met the man who would become her husband. Her novels are translated into 10 languages. 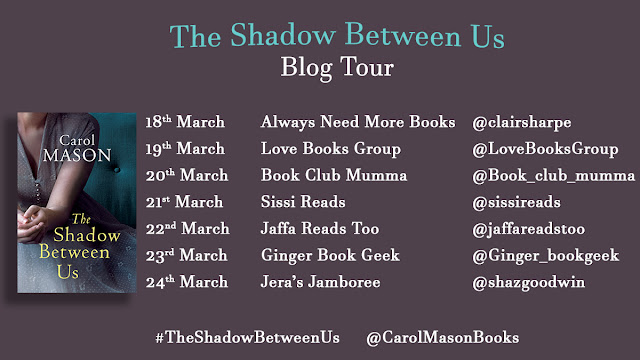