What happened when the Great War ended and the guns stopped firing? Who cleared the battlefields and buried the dead?

It's 1918 and the war may be over but Lance-Corporal Jack Patterson and the men of his platoon are still knee-deep in Flanders mud, searching the battlefields for the remains of
comrades killed in action.

But duty isn't all that's keeping Jack in Flanders. For one there is Katia, the daughter of a local publican, with whom he has struck up a romance. And then there is something else, a secret that lies buried in Jack's past, one he hopes isn't about to be dug up...


If you've been to the WW1 cemeteries of northern Europe, you will know that, even after a hundred years, the sight of row upon row of headstones, lasting memorials to the gallant fallen, you are looking at something you will never forget. I hadn’t considered just what a mammoth task it was, at the end of WW1, to try to locate the remains of bodies, or to re-bury those who had been so hastily buried in shallow graves usually where they had fallen in the midst of battle.

The Glorious Dead introduces us to a team of soldiers who, from the end of the war in 1918, are charged with the task of locating missing bodies which, taken from the mist and mud of Flanders, can be then reburied in recognised war graves. It's a gruesome task and not one undertaken easily and yet, for some of men, it is almost a way of putting the past into perspective, and of trying to move into some sort of uneasy future.

Lance-Corporal Jack Patterson and the group of men who work alongside him, usually chest deep in the cloying mud of a Flanders field, do so with a cheerfulness that belies so many deep seated psychological wounds. Shared bravado and hidden secrets, cheeky songs and the consumption of many pints of strong Belgian beer, help the group to put their gruesome task into some sort of perspective.

The author, with a real sense of time and place, allows WW1 history to come alive, exploring the after effects of the war in a very readable way. There are some really nice touches in the book, descriptions of grieving families who went looking for their loved ones, and of the clandestine nature of choosing, and then repatriating, the body of the Unknown Soldier.

In this special anniversary year of the centenary of the Armistice, it is important to remember that the effects of the war didn't end with the cease of hostilities, and that the repercussions of this violent conflict were felt for so many years afterwards. The Glorious Dead is not just about the collective grief of a nation but it’s also about the natural order of things being re-established, of farmers who needed to have their fields restored, of towns and villages being reconstructed from shattered ruins, and of the mending of hearts after so many years of being broken. 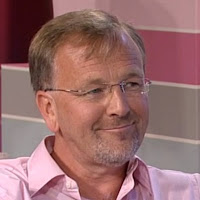 Tim Atkinson is a teacher, author and award-winning blogger. He studied philosophy at the University of Hull and has worked variously as a filing clerk, lay-clerk, chain-man and school teacher. He was born in Colchester, brought up in Yorkshire and now lives in Lincolnshire. 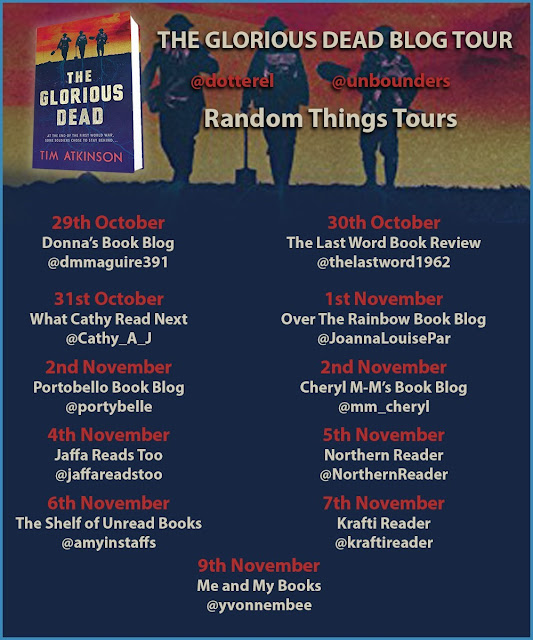