Review and #Giveaway ~ The Swooping Magpie by Liza Perrat

During a long, hot, Australian summer, Lindsay Townsend attracts the attention of the rather handsome surfer, Jon Halliwell. Lindsay thrives on his attention and before long their relationship develops into something rather more intimate, which complicates matters because Lindsay is only sixteen and Jon is her high school teacher.

The story that follows and Lindsay's journey from girlhood to womanhood embraces all that was wrong with the sexual revolution in the early 1970s. Forced to grow up way before her time, Lindsay realises that she is caught up in events which she really has no control over, and that's where the heart of the story lies and where the writing becomes really compelling.

The author describes what happens to Lindsay, and I'm not about to spoil the story by giving the plot away, but safe to say that a great deal of research has gone into describing a situation which happened to so many girls. and as the story progresses it really makes you stop and consider just how lucky we are that times have changed.

The Swooping Magpie is an emotional story, with some sections so realistic that it's quite hard to read without feeling enormous sympathy for Lindsay and what she endured. Time and place come alive so beautifully that I felt like I walked every step of Lindsay's emotional journey alongside her. The hedonistic days of a 1970s summer which seemed to go on forever, combined with the pain and passion of first love, and the evocative scent of sea and salt which lingers in the air will remain with me for a long time.

The Swooping Magpie is the second book in the Australian series which is set in the 1970s and the author has, once again, delivered an emotional and thought-provoking story, which is both compelling and desperately sad in equal measure.

I'm really excited to have the chance to offer 5 copies of The Swooping Magpie in this giveaway.Do enter 😊 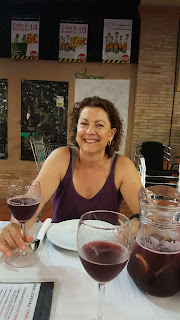 By clicking here : You can read an interview with the author into the background to The Swooping Magpie and here's the chance to win an ecopy of the book 😊