The Blameless Dead by Gary Haynes

The Blameless Dead is an epic, compelling, edge-of-the-seat drama that sweeps the reader from twentieth century Europe to modern-day New York, taking in some of the most important events of modern history and exposing them in honest and unflinching terms. Part murder-mystery, part historical novel and shot through with adrenalin-pumping action, this novel superbly demonstrates that, while the hostilities may cease and the peace be signed, the horror that is war is never really over.

Add the book to your 'to-read' Goodreads Shelf 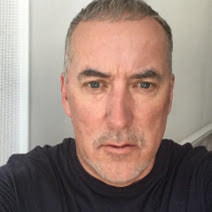 You can connect with Gary online via his website: https://garyhaynes.weebly.com/