An uplifting tale of finding unexpected love in the Alaskan wilderness from bestselling author, Debbie Macomber

Before beginning her new job as sous chef at one of Seattle's finest restaurants, Josie Stewart takes on a six-month position cooking at a lodge in an Alaskan lake town. It's only temporary--or so she thinks, as she becomes a valued part of the local community, falling in love with the people who call the Klutina Lake home.

But one man, in particular, stands out among the rest of Josie's new friends: an intriguing swordsmith whose very existence forces her to question whether her heart wants to return to Washington at all.

Sometimes you just want to sit down and read a book which you know will make you smile. Debbie Macomber writes these 'feel-good'stories so well and Alaskan Holiday is up there with the best of its genre.

Josie Stewart has been working as a chef at a remote lodge in the small Alaskan town of Ponder, but as winter draws in, Josie has to leave Ponder in order to take up a prestigious position as a sous-chef in Seattle. Leaving Ponder is far more difficult than Josie imagined, especially as it means leaving behind, Palmer, the handsome swordsmith who has stolen her heart.

What then follows is a deliciously romantic 'will they, won't they' story which, from the cold of an Alaskan winter through to the bright city lights of Seattle, there is never a moment when the story doesn't pull at your heart strings. Palmer's obvious adoration of Josie, is tempered against the rather bizarre romantic advise given to him by his friend, Jack, who would love to see Josie stay in Ponder if only to keep him well fed with delicious meals of moose strogonoff.

I started to read Alaskan Holiday on  a rather dreary wet afternoon and was instantly taken to a rather beautiful setting to spend time with characters who will steal your heart and stay with you long after the story is finished.

Debbie Macomber is a No. 1 New York Times bestselling author and one of today’s most popular writers. In addition to fiction, Debbie has also published two bestselling cookbooks; numerous inspirational and nonfiction works; and two acclaimed children’s books. The beloved and bestselling Cedar Cove series became Hallmark Channel’s first dramatic scripted television series, Debbie Macomber's Cedar Cove, which was ranked as the top program on US cable TV when it debuted in summer 2013. Hallmark has also produced many successful films based on Debbie’s bestselling Christmas novels. Debbie Macomber owns her own tea room, and a yarn store, A Good Yarn, named after the shop featured in her popular Blossom Street novels. She and her husband, Wayne, serve on the Guideposts National Advisory Cabinet, and she is World Vision’s international spokesperson for their Knit for Kids charity initiative. A devoted grandmother, Debbie and her husband Wayne live in Port Orchard, Washington (the town on which her Cedar Cove novels are based) and winter in Florida. 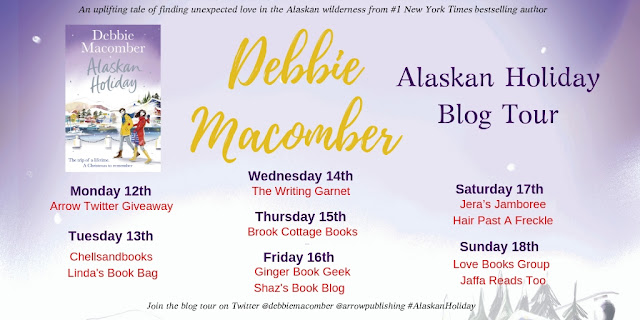