Blog Tour ~ Paris in the Dark by Robert Olen Butler

Jaffareadstoo is pleased to be involved in the Blog Tour

Paris in the Dark

AUTUMN 1915. The First World War is raging across Europe. Woodrow Wilson has kept Americans out of the trenches, although that hasn’t stopped young men and women from crossing the Atlantic to volunteer at the front.

Christopher Marlowe ‘Kit’ Cobb, a Chicago reporter and undercover agent for the US government is in Paris when he meets an enigmatic nurse called Louise. Officially in the city for a story about American ambulance drivers, Cobb is grateful for the opportunity to get to know her but soon his intelligence handler, James Polk Trask, extends his mission. Parisians are meeting ‘death by dynamite’ in a new campaign of bombings, and the German-speaking Kit seems just the man to discover who is behind this – possibly a German operative who has infiltrated with the waves of refugees? And so begins a pursuit that will test Kit Cobb, in all his roles, to the very limits of his principles, wits and talents for survival.

Fleetly plotted and engaging with political and cultural issues that resonate deeply today, Paris in the Dark is the finest novel yet in this riveting series.

It's autumn of 1915 and Paris is a very dark place, incendiary devices are being deployed on the Parisian boulevards, and with only a vague idea of who could be behind these atrocities, Christopher Marlowe 'Kit' Cobb, a US undercover agent, is given the difficult task of infiltrating the network of a possible German source. Running alongside Kit Cobb's devilish pursuit of the clever perpetrators is a rather interesting connection, which in his guise as a Chicago news reporter he meets hospital nurse, Louise Pickering, a relationship which becomes more important as the story progresses.

Paris in the Dark is first book by this author I have read and even though this is now the fourth novel in the Christopher Marlowe Cobb series of early twentieth century crime thrillers I found it very easy to become involved in the story. I don't feel that I have missed anything by not having met Cobb before in previous adventures, that he is adventurous goes without saying however, Cobb is also fiercely intelligent and won't leave any clue uninvestigated until he has what he wants. There's a fair amount of political background to the story, specifically around the United States president's reluctance to involve the US in the escalating troubles on the Western Front, which I quite found fascinating.

Thanks to the author's skilful writing, and excellent attention to even the smallest of detail, there is a distinct sensation of living through a dark and dangerous time; this comes across in the starkness and yet, lyrical quality, of the writing. The detailed description of meeting a train filled with wounded soldiers is bleakly evocative, filled with the sights, sounds and smells of broken and pain wracked men, and is something which will stay with me for a long time.

Paris in the Dark is a compelling literary thriller, filled with the shadowy menace of a dark and dangerous period in WW1 history. 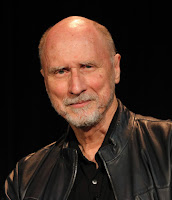 Drawing on his own experience as a war veteran and news reporter, Robert Olen Butler has created a page turning thriller of unmistakable literary quality.