✫Jaffareadstoo is pleased to host today's stop on The Witches of St. Petersburg✫


The Russian Empire is on the verge of collapse. Revolution is in the air. The starving stalk the streets of St Petersburg and yet the Imperial Court still commute between their estates and organise their lavish balls. Amongst the drama, two sisters arrive into the city. Militzia and Stana are princesses from Montenegro, both married into the Russian aristocracy of the last Tsar by their father, and are famed for their wild beauty and mystical powers.

Initially ridiculed and outcast as the daughters of a provincial 'Goat King', they react in the only way they know how. They befriend the isolated Tsarina Alexandra and, using their gifts, they help her in her increasingly desperate quest to give birth to a son and heir. The circle closes. The girls are the gateway. Gurus, clairvoyants, holy fools and charlatans all try their luck. Then in one doomed, last throw of the dice, the sisters introduce Rasputin into the Russian Court...

Together nicknamed ‘The Black Peril, Grand Duchess Militza Nikolaevna and her sister, Princess Anastasia of Montenegro, were socially very influential at the Russian Imperial Court of the Romanovs and were affiliated with and interested in the occult helping to introduce to the Imperial Family first a charlatan mystic named Philippe Nizier Vashod and then more notably, Grigori Rasputin.


In The Witches of St Petersburg, two sisters, Princesses Militza and Anastasia, from Montenegro arrive at the Russian court and are immediately drawn into the centre of secrecy and superstition. Their mystical powers, of which they are proud, are stretched to the limit when they become embroiled in intrigue surrounding the Tsarina Alexandra, and her association with the infamous, Rasputin. Militza and Anastasia are a force to be reckoned with, always at the centre of the intrigue, where superstition, gossip and sly insinuation seem to follow them around the court.

I'm not overly familiar with Russian history, particularly of the events of the latter part of the nineteenth century, so I was pleased to learn something new. However, I was glad of the cast of characters at the start of the novel, as, unfamiliar with Russian historical figures, I had to keep checking on character names. I know that this was a time of social and political unrest and that Russia, in the coming years, would face many difficulties, however, I was unaware of the way that the Romanov court functioned during these last few years of the reign of Tsar Nicolas IIm and his Tsarina, Alexandra.

The author writes the story from an interesting viewpoint and is clearly interested in this period in history which comes across in the way the story is allowed to unfold. There is much to take in within the wider picture of life surrounding the Romanov's, particularly the urgent need, in a family of daughters, for that all important male heir and of the devastating consequences of the arrival of the Tsarevich, Alexei.

Based on a true story, The Witches of St Petersburg is an interesting look at Russian court life in the dying days of the Romanov dynasty. 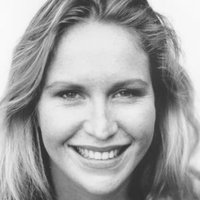 Living in Queen’s Park, London Imogen Edwards-Jones is a journalist and writer of twenty novels including the bestselling Babylon Series. After studying Russian at Bristol she travelled extensively within the old Soviet Union, studying further in Kiev, and her first book The Taming of Eagles was about the first 100 days of the collapse of communism. She is married with two children, and is a member of the London College of Psychic Studies and an honorary Cossack. 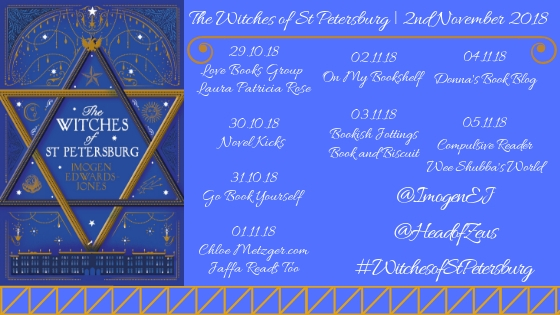