THE TALL MAN is a gripping blend of dark psychological suspense and spine-tingling chills that will  have you checking the corners of your room before bed.

Sadie Banner has been haunted by the Tall Man in the shadows since she was a child. Terrified by

what he might make her do to her own baby daughter, she abandons her family. Sixteen years

later she returns, but she can't escape the dark secrets of her past.

Amber's just been acquitted of a murder charge - but who did she kill, and why?

There's something deliciously creepy about The Tall Man and the author does a brilliant job of starting this uneasy feeling from the very start when we are allowed a glimpse into the troubled world of the Banner family. The story begins in 1990 when we are introduced to Sadie who as a young teenager is caught up in the legend of the tall man. That a gathering of teenagers should have such a devastating effect long into the future is what gives the story such a disturbing sense of foreshadowing.

And yet, regardless of what happened in the past, in many ways this is a very modern story especially when the narrative moves to 2018 as we follow a documentary team who are filming, Amber Banner, the teenage daughter of Sadie, who has become something of a celebrity in a world where cult status is a dominant force.

The legend of the tall man taps into urban mythology, that of a creepy individual who is waiting and watching. I think that every generation has its 'watchers', and that this terror is real and believable comes across so well and even, in the story, when time shifts forwards, and backwards, that sense of unease never really goes away.

Well written,with a real sense of disquiet, my advice is to read The Tall Man quickly, preferably in daylight, and with a comforting drink close at hand. Reading long into the night, as I did, when the shadows creep and shift and bats flutter about your head is perhaps not to be advised, as it becomes all too easy then to jump at the slightest noise and even though you know it’s just a story, you really do have a sense that the tall man is always watching and waiting... 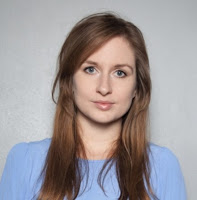 PHOEBE LOCKE is the pseudonym of full-time writer Nicci Cloke. She previously worked at the Faber Academy, and hosted London literary salon Speakeasy. Nicci has had two literary novels published by Fourth Estate and Cape, and also writes YA for Hot Key Books. She lives and writes in London. THE TALL MAN is Phoebe Locke's debut thriller. 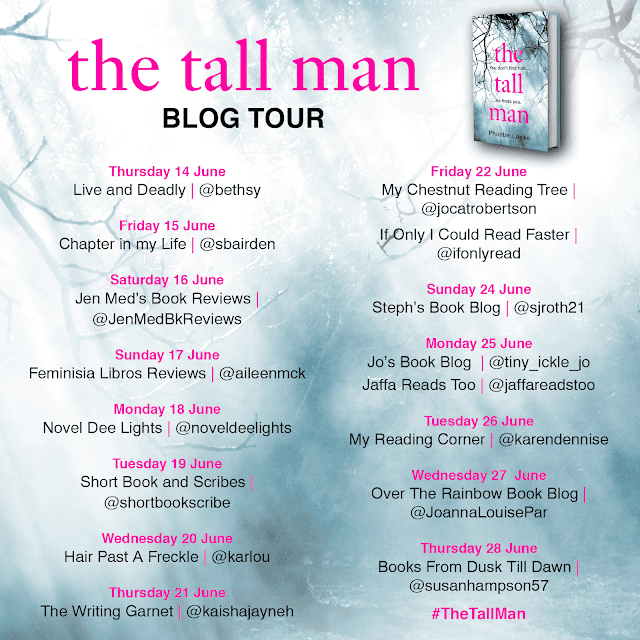