Jack Stevens discovers the bodies of two women, Philomena Blackstaff and Mary Walsh, tied together and hung by their ankles in a position resembling the symbol for treachery as depicted on tarot cards. Though retired and now wealthy, Stevens is an ex-sheriff and involves himself in the subsequent investigation.

As a result of Jack `stealing' Philomena's diary and his association with the Pinkerton detective agency, it is discovered that Mary Walsh worked undercover for the Pinkertons, investigating the Knights of Labour (the fastest growing workers' rights movements in America of the late 1800's). The women had been working together, tracing the man who was selling guns and dynamite to the more extremest factions of the workers movement. This led them to Ruby's, a secret `nightclub for deviants', where Stevens and Inspector O'Leary believe the pair fell foul of the man they were looking for, gang leader Joseph Mannheim.

With the May 4th Haymarket riots and bombings looming, Stevens must uncover the truth about The Hanging Women before it's too late.

What an interesting historical thriller this turned out to be. Set in Chicago in 1886 we are immediately thrown into the mystery surrounding the discovery of two females who have died in the most horrific of circumstances. That the finder of the two women is Jack Stevens, an enigmatic ex- sheriff, who has more than enough skeletons in his own closet, makes the story all the more fascinating.

From the start of the novel, it becomes obvious that Stevens is a force to be reckoned with, superbly flawed, of course, and a man who is more comfortable with a glass of whisky in his hand than he is with people, but before the investigation is finished, his association with the great and the good of the city will lead him into some very dangerous situations.

The author writes this type of historical thriller with great enthusiasm, always keeping an eye on the plot and never allowing the overall grittiness to get in the way of telling a good story. The Hanging Women certainly packs a real punch and with more than enough twists and turns to keep you guessing, the story is an entertaining read from start to finish. 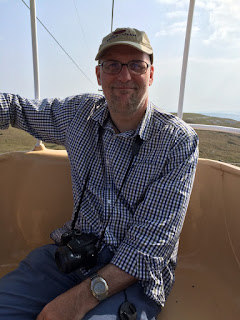 John was born in the mid-fifties in Dagenham, London, on part of the largest council estate ever built, and was the first pupil from his local secondary modern school to attend university. He has now taken early retirement to write, having spent the first part of his life working in education and the public sector. He was the director of a college, a senior school inspector for a local authority, and was head of a unit for young people with physical and mental health needs. When he is not travelling, going to the theatre or the pub, he writes. His inspiration for his debut novel came whilst attending a lecture in Denver about the history of the American midwest, describing a time and place that was very different from that espoused by popular culture, which started him thinking this would make a excellent period in which to set a crime story. His book describes how Chicago was a prototype of much that we consider both good and bad in the current age, it had a vibrancy and decadence that allowed a few enterprising individuals to prosper whilst violence and intolerance held back many others. The situation for some African Americans and women was improving but it was still a time when to be anything other than white and male made you a second class citizen. The city was the manufacturing and transport hub of America, the vast influx of immigrants swelling its already booming population brought great wealth but also corruption and criminality. The midwest and Chicago typified a way of life, the ‘gun culture’ which is a euphemism for individualism, from which much of modern American social values have grown.

John is currently working on a trilogy of novels set in modern day London. These police procedurals examine the darker side of modern life in the East End of the city: a Whitechapel noir. 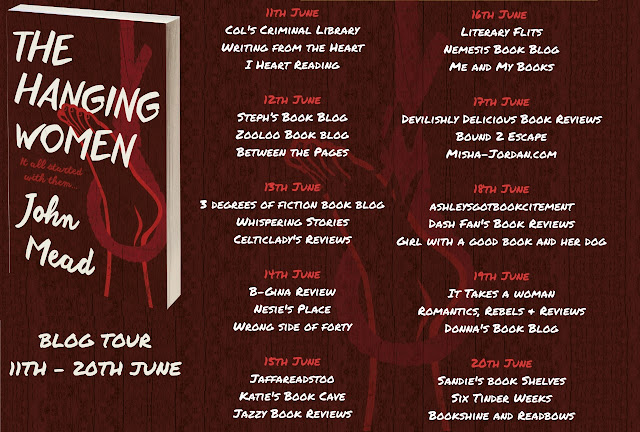