Blog Tour ~ Mine by Susi Fox

The baby in the cot is not your baby.

You wake up alone after an emergency caesarean, desperate to see your child. But when you are shown the small infant, a terrible thought seizes you: this baby is not yours.

No one believes you. Not the nurses, your father or even your own husband. They say you’re confused, potentially dangerous. But you’re a doctor – you know how easily mistakes can be made. Or perhaps it isn’t a mistake?

Everyone is against you; do you trust your instincts? Or is your traumatic past clouding your judgements? You know only one thing…

You must find your baby.

When Sasha Moloney wakes after an emergency cesarean section and is taken to see her newborn son, she convinced that the fragile baby she sees in the special care unit is not her child. Trying to convince the medical authorities of a possible mix-up proves impossible when even her husband, Mark, is absolutely convinced that the baby is his. What then follows is Sasha's downward spiral into  utter confusion which is brought on by the dreadful realisation that no-one believes her.

Mine is a very cleverly controlled psychological suspense story with characters who are so flawed that you are never quite sure where the truth, if any, is coming from. Sasha herself is such an emotionally rich character that my thoughts about her were constantly all over the place, sometimes I wanted her to leave well alone and accept what the medical professionals  were telling her, and then, at other times, I absolutely admired her tenacity and bravery when all around her were trying to convince her of her mental instability.

I read the story over the space of an afternoon, as once started it's one of those stories which is impossible to put down. The pace is fast and furious and cleverly divided into different time scales, so that we get the developing story from the perspective of both Sasha and Mark, and as the story continues we also get fascinating snippets into their individual backgrounds.

The author writes well and from her own background as a GP clearly understands the way the Australian medical system works which adds to the overall authenticity of the story. Mine is a cleverly, complex novel with more than enough twists, turns and red-herrings to keep you on the edge of your seat and with a corker of an ending which I, genuinely, didn't see coming.

There is no doubt that Mine is a very accomplished debut novel, but perhaps not a book to read if you have a baby due any time soon. 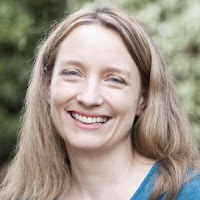 Susi Fox live in Macedon Ranges with her family, where she works as a GP. She was part of the 2015 QWC/Hachette Manuscript Development Program and has been awarded a Varuna Fellowship and a QWC/Olvar Wood Mentorship for Mine. Susi is currently completing an Associate Degree in Professional Writing and Editing at RMIT. Mine is her first novel. 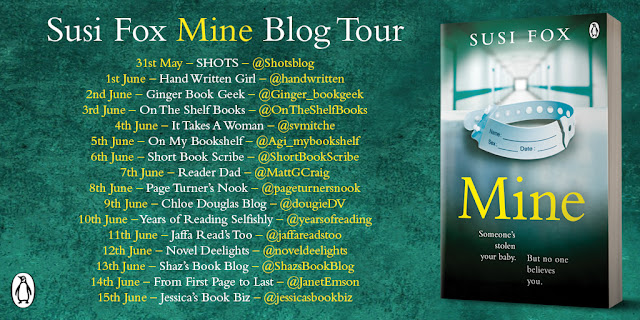