Amidst the horrors of the Second World War, love and friendship bring two strangers together across conflict-ravaged continents.

In Alexandria, Fran finds her life turned upside down as Rommel’s forces advance on the idyllic shores of Egypt. In place of the luxury and stability that she is used to, she finds herself having to deal with loss, heartache and political uncertainty.

Meanwhile, on the Firth of Clyde, Catriona works day in, day out nursing injured servicemen. As the war rages on, the two women’s lives become entwined – bringing love and friendship to both.

Tapestry of War is the story of two quite different women who live out the momentous latter years of the Second World War, each trying to manage as best they can when all around them seems to be falling apart.

For Fran Trevillian, living in war torn Alexandria, the life as she once knew has changed beyond all recognition, and as military personnel take over the port of Alexandria, Fran's work as a local newspaper reporter gives her a unique insight into this troubled world. Catriona MacNeill has lived in Scotland all her life but her work as a nurse takes her away from her home, on the beautiful Isle of Islay, and into the larger towns where she helps to nurse those injured servicemen who have been sent back home to recuperate.

The devastating effects of the war come alive in a credible and sympathetic way and I especially enjoyed the very human approach to the overwhelming effect of loss and tragedy. The two different locations, one in Egypt, and the other in Scotland, come alive in the imagination and I enjoyed following in Fran and Catriona’s footsteps as they went about their lives, coping as best they could with the difficulties around them. The lives of these two incredibly strong women overlap in a meaningful way and whilst the majority of Tapestry of War highlights their individual stories, it will be their shared connection which gives the story its ultimate conclusion.

The author writes well and has a fine eye for historical detail. It is obvious, in the way that the people and locations come alive so vividly that a great deal of historical research has been done in order to make everything feel so authentic and believable. The uncertainty of wartime with all its sadness and tragedy is beautifully managed, and the themes of love, loyalty and friendship which run like a thread throughout Tapestry of War, make this one of those stories which lingers long after the last page is read. 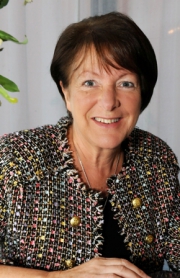 Jane MacKenzie has spent much of her adult life travelling the world, teaching English and French everywhere from the Gambia to Papua New Guinea to Bahrain, and recently working for two years at CERN in Geneva. She now splits her time between her self-built house in Collioure, France, and the Highlands of Scotland, where she has made her family home. She is the author of the best-selling Daughters of Catalonia. 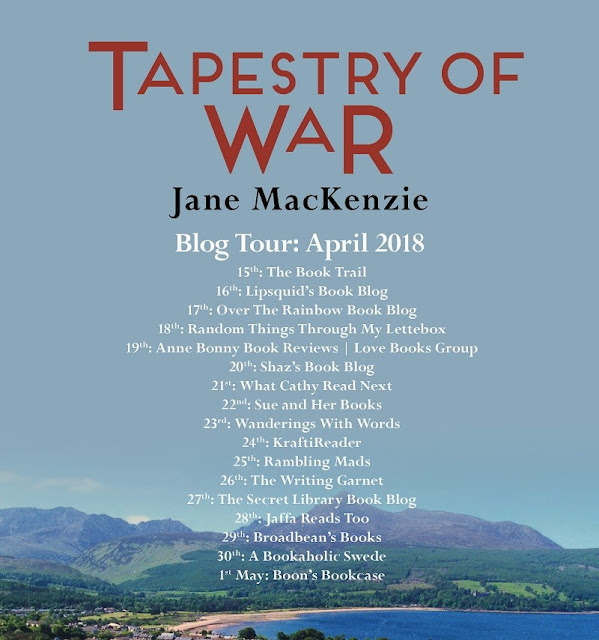