I'm delighted to welcome back to Jaffareadstoo

Talking to us today about her novel, In the Blink of an Eye 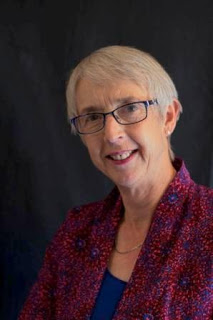 Hi and welcome, Ali and thank you for spending time with us today.What inspired you to write In the Blink of an Eye?

I was writing my previous novel, 'A Kettle of Fish' (partly about the Edinburgh art scene) when I came across an exhibition of the work of D.O. Hill and Robert Adamson. In fact I was already dimly aware of this iconic partnership and something made me take a closer look. I got hold of Sara Stevenson's wonderful 'The Personal Art of David Octavius Hill' (Yale 2002) which amongst the consideration of the art and science and analysis of the many wonderful plates, contained nuggets of D.O. Hill's personal story. I was simply hooked on the moments of triumph and tragedy and felt impelled to bring all of this to a wider public.

When it comes to writing a novel I think the main question is 'Who's story is this' and it took a degree of courage to decide that although the central figure of the book is D.O.Hill (1802-1870) I also wanted to tell the untold stories of those around him, many of whom are immortalised in photographs. So in a way it's a series of snapshots, mostly of women, but I hope with a constant thread running through it of how D.O. Hill resolved the difficulties in his life.

David Octavius Hill is the main protagonist of In the Blink of an Eye. Tell us about him and why you decided to tell his story?

D.O. Hill was a central figure in Edinburgh society and the Scottish art world. He has become known for the artistry of the images he created with Robert Adamson which are thought to be a product of his sociable and charismatic nature as well as his artistic experience. However to me he is very much a tragic hero. Even before the point where 'Blink' begins, he has lost his wife after the birth of a son who also did not survive. He is left to bring up his young daughter (immortalised in the picture and on the cover of the book) alone.

What followed - his partnership with the technical genius Robert Adamson - in modern terms could be seen as a 'bromance', although in fact Adamson was twenty years younger than Hill so maybe it was more of a father and son relationship. Of course this alliance also ended in tragedy and the end of the photographic (calotype) business, a huge turning point for Hill. With further tragedies to follow and the 'millstone' of his debt to the Scottish Church still to be paid, it would be a long time before he could find, as I see it, a degree of personal peace.

That was the hardest part! Of course my research was far from exhaustive and I did tweak the facts even as I knew them (but only very slightly). Having had the good fortune to meet a number of experts from the photographic community I wanted to satisfy them as well as the fiction-reading public. Maybe a tall order! And one which eventually led me down the 'episodic' route. I tried a more conventional novel with a unified plot but was just too aware of making things up which didn't feel true to me. So far I've had approval from both quarters - photo-historians and fiction readers - but we'll have to see if everyone feels the same, or if the book will have the kind of impact I would like it to have.

In the Blink of an Eye is set mainly in Victorian Scotland. In researching the background to the story did anything leave a lasting impression on you?

The ever-present shadow of death in the pre-antibiotic era is the most striking. D.O. Hill was the eighth (hence the Octavius) of his family and of these only three survived beyond early adulthood. And the family were reasonably well off i.e. not victims of poverty. The other things I noticed were the surprising similarities to our own era. They may not have had email but the Victorians (and people of most eras!) were enthusiastic writers of letters and journals. Today's bloggers are only following in their footsteps. Trollope's postal service came along in the 1830s just in time to ease communication between Scotland and Wiltshire. And despite the lack of cheap air travel or motorways, they travelled an incredible amount, both locally - often on foot - across the U.K. and also internationally.

I am not big on pre-planning a novel and frequently flounder or change direction. In fact knowing the general outline of this story from the outset interfered with my usual mindset of discovering the story as I write. My usual approach is to have an ongoing plan in my head which changes as I go along. Towards the end I write a 'working synposis' to try and get hold of the overall shape of the thing. If it's impossible to write convincingly there's something wrong with the book and I try to see what that is in terms of the arc of the story. This time I also ditched my plan to play up the romantic possibilities of my hero (D.O. Hill was very good looking by the way!) but in the end I shied away from actual romance while leaving, I hope, a few perceptible undercurrents.

And finally …can you share with us anything about your next writing project?

This book has become all-consuming and I'm looking at a project (not necessarily writing!) which might develop from it. Other than that I am quite interested in sticking with history and a couple of artists or writers who I think could be up for a 'treatment'. So watch this space I suppose - or given my level of productivity, maybe that should be 'check back later!


Ali Bacon was born in Fife and graduated from St Andrews University. After a career as an academic librarian, her first novel, Kettle of Fish, was published in 2012 by Thornberry.


Huge thanks to Ali for spending time on the blog with us today. Find out more about her writing by visiting her website or connecting on social media.