Tony and Althea Wilde. Glamorous, argumentative ... adulterous to the core.

They were my parents, actors known by everyone. They gave our lives love and colour in a house by the sea - the house that sheltered my orphaned father when he was a boy.

But the summer Mads arrived changed everything. She too had been abandoned and my father understood why. We Wildflowers took her in.

My father was my hero, he gave us a golden childhood, but the past was always going to catch up with him ... it comes for us all, sooner or later.

This is my story. I am Cordelia Wilde. A singer without a voice. A daughter without a father. Let me take you inside.

Cordelia and Ben Wilde spend their summers in Worth Bay, Cornwall at the magical holiday retreat, named the Bosky, which has belonged to their father since he inherited it as a boy. For the children, staying at the Bosky is a filled with a mixture of great excitement and great despair as the trauma of having two temperamental actors as parents, means that the long summers spent in Cornwall are never without drama.

Tony and Althea Wilde, thespian to their very core are profligate, promiscuous and entirely devoid of scruples. They blaze through life entirely engulfed by the vision of their own glory, with little thought for the havoc they leave in their wake.

The story is further complicated by adding into the Cornish mix, Madeleine Fletcher, an unusual and slightly fey child, who inveigles her way into the family. Her rather sad life adds another interesting dimension to the story and provides even more tension for the Wilde family.

Coming in at over 500 pages, it's rather a long story and I think you need to stay with it, as at first it appears a little slow with not much happening, and then about a third of the way into the story things start to heat up considerably. The author writes well and she handles a complicated multi-stranded story with comparative ease. I especially liked the references to the past and the mystery surrounding Tony’s early life with his aunt Dinah, which give an insight into the way he later reacts to circumstances, which at times seem to be spiralling out of control. Complicated and complex, the story flips backwards and forwards in time, revealing more of Tony’s life as a boy, and also the consequences of some very dangerous decisions which affect the future.

The Wildflowers is an intricately plotted family saga with a salacious hint of scandal and a hefty dose of mystery. I enjoyed reading it. 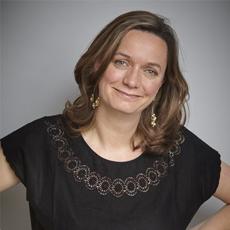 Harriet Evans grew up in London. As a child she loved reading and making up stories. She then progressed on to teenage geekdom and agonised Sylvia Plath- style poetry it's probably best not to dwell on. The career in musical theatre she'd always dreamed of never materialised for whatever reason, and so she ended up at Bristol University where she read Classical Studies. In her twenties she was lucky enough to get a job as a secretary at a publishers and instantly realised working with books was what she'd always wanted to do. She was a fiction editor for ten happy years but left in 2009 to write full- time, making up stories all day.

Harriet still lives in London with her family. She likes old films, property websites, sloe gin cocktails, feminism and Bombay Mix, not in that order.

The Wildflowers is available to pre order 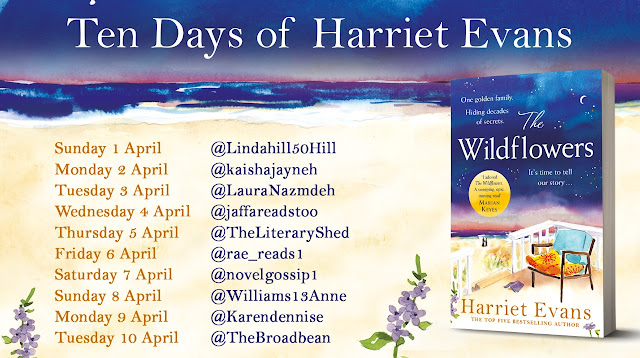