Blog Tour ~ What Lies Within by Annabelle Thorpe

What Lies Within is a sophisticated and suspenseful tale of three old university friends bought back together in steamy Marrakech.

Married couple Freya and Paul have always kept in contact with their Hammad, their wealthy friend from university but when he offers the couple a new life in Morocco, the move will change their lives forever as revelations about their past come to light and Freya realises neither Paul or Hammad are the people she thought they were.

With its setting in Marrakech, What Lies Within is a vivid and insightful look at the way that friendships change and alter over time, and how, sometimes, these changes aren’t always for the better.

Married couple, Freya and Paul give up their home in London and travel to the colourful city of Marrakech, where their wealthy friend, Hamad requires an architect to help renovate three Riads, which are amongst the city’s most historic buildings. Architect, Paul has been part of successful design business in London and he is eager to work on the Marrakech project which, when completed, will be a gift for Hamad’s girlfriend, Racine.

It is during this time when Freya, Paul and Hamad’s long standing friendship will be stretched to breaking point and as hidden secrets start to emerge so their friendship is tested to the absolute limit. This disharmony affects Freya and Paul and the perceptive glimpse into their relationship uncovers a marriage which has been built on lies and deceit.

The author writes well, bringing the ancient walled city of Marrakech, with its shadowy alleyways and lively markets, to life and it is obvious from the vibrant descriptions of the city, its people and its customs, that this is a place the author knows really well. I enjoyed getting to know the characters, particularly Hamad's grandmother, Edith ,who is joy to read, and whilst I didn’t always like some of the other characters, it is to the author’s credit that I came to understand why they acted as they did and could even feel sympathy for them.

What Lies Within is an interesting novel about the vagaries of friendship, the dangers of keeping secrets and of the deadly consequences of infidelity and deceit. 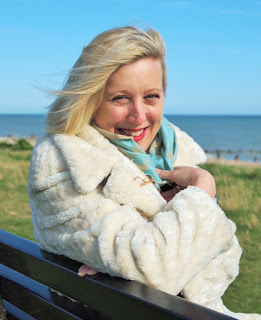 Annabelle Thorpe is an award-winning travel journalist who has written for The Guardian, The Telegraph, The Times and the Observer and travelled widely in the Middle East and North Africa. She has driven across rural Oman, trekked in Libya, spent time in Lebanon, Jordan, Qatar and the UAE and has been regularly visiting Morocco for over ten years.


Published on the 12th July in paperback, What Lie Within is available to pre-order on Amazon 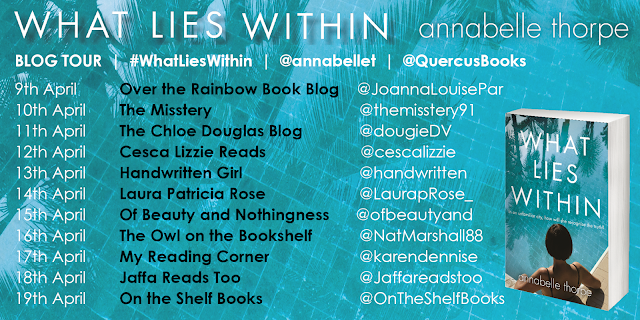