Blog Tour ~ Too Close to Breathe by Olivia Kiernan

Detective Frankie Sheehan is recovering from a violent knife attack and dealing with the first awakenings of post-traumatic stress disorder when she’s called back to work. At first, Eleanor Costello’s death looks like suicide but soon the perfect pieces of Eleanor’s life begin to fracture, sending Sheehan and her team into a complex murder investigation for Dublin’s deadliest killer. The case deepens as does the body count and Frankie is forced to confront her own demons as the lines between victim and killer become increasingly blurred.

Frankie Sheehan has just returned to her role as Detective Chief Superintendent with the Dublin Gardaí. That she is recovering from something traumatic is only hinted at, but it is obvious from the start, of what turns out to be a complex police investigation, that Frankie is still damaged by her past experience.

When the body of Dr Eleanor Costello, a well-respected scientist, is discovered at her home, the initial conclusion is that it is suicide however, DCS Sheehan and her police team, begin to think otherwise when clues suggest that there is more to understand about Dr Costello’s death than at first appears.

What then follows is a complex and convoluted police procedural investigation which explores the dark side of Eleanor Costello’s life. We are given a glimpse into the sinister chat rooms that flourish in the shadow of the dark web and which hint at violence and shady dealings. And throughout it all Frankie strives to keep a level head, and whilst she mostly appears well grounded, there are times when her past trauma seems to make her question her natural ability to get results.

This first visit into the complicated world of DCS Sheehan is an interesting one.The police procedural background is sharply authentic especially the super charged atmosphere of the incident room. I especially enjoyed reading of the banter between police colleagues, and the fraught and frantic race against time to solve a complex crime is done with an insightful eye for detail. Overall, the police investigation is well developed and the characters that flit into and out of the story have enough faults, quirks and bad habits to keep you guessing who did what, to whom, and why.

However, it is DCS Frankie Sheehan who is the real star of the show. She's tough, non-compromising and a real force to be reckoned with, and with so much more to understand about her complex personality, I can only see her character going from strength to strength.

Too Close To Breathe is a startlingly good debut novel and I’m already looking forward to seeing where this talented author will take us to in book two of the series. 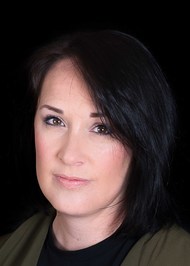 Olivia Kiernan is an Irish writer living in the UK and author of crime thriller, Too Close to Breathe. She was born and raised in County Meath, near the famed heritage town of Kells and holds an MA in Creative Writing awarded by the University of Sussex. Olivia’s second book, The Killer In Me, will publish in April 2019.

**Too Close to Breathe is Published today** 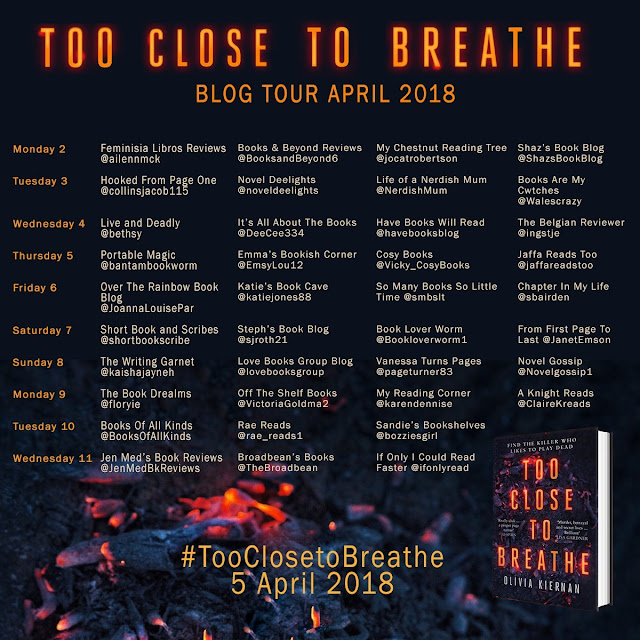