“The war had begun and my heart beat then as it had never beaten before.”—Rosie Neal on the outbreak of war, 1914

In Their Own Words: Untold Stories if the First World War brings together for the first time, the personal accounts of 11 people who lived through the conflict, in a compelling and poignant collection from IWM's unparalleled Documents Archives.

In Their Own Words is a unique collection of stories and more, all of which look at the war from a different perspective.

The eleven stories contained within the collection are a fascinating and poignant look at the effect of the First World War on the lives on ordinary people.

From Rosie's story at the outbreak of war in 1914, through to the reminiscences of Arthur on Armistice, 1914, the collection focuses on the personal accounts of those who were caught up in the evnts that happened between 1914-1918 and includes:

I am fascinated by the stories of the ordinary men and women who were caught up in the events of WW1 and this collection of stories gives a fascinating and very personal account of what happened and explains just how lives were affected.

Using archive material from the huge amount of WW1 information that is held by the IWM, and being presented in a very readable form makes this collection all the more interesting.


This is me reading - In Their Own Words 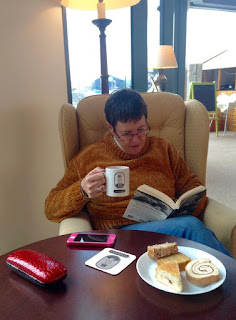