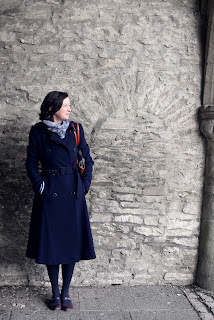 Hi Lorna, welcome to Jaffareadstoo and thank you for spending time with us today..
Will you explain to us a little more about the plot of The War Widow without giving too much away?

Absolutely - no spoilers here! The War Widow is a sequel to 1940s adventure In the Shadow of Winter. It is about identity, courage and self belief. Danger stalks the coastline of Wales while the bells of a Royal Wedding peel out to the fading echoes of war.

Labelled a hysterical, grieving divorcee in the wake of her ex-husband’s death, no one will believe heroine Kate Ward is being pursued by two violent men demanding answers she cannot give. Not the police, not the guests at the Aberystwyth hotel, and certainly not the reclusive war-veteran-turned-crime-novelist, Adam Hitchen, a reserved widower who is the only source of kindness in a shadowy world of suspicion and fear.

As ghosts old and new rise to haunt her, Kate must rely on all her strength and courage to uncover the shocking truth hidden within a twisted web of lies.

Kate is the main protagonist of The War Widow. Tell us about her and why you decided to tell her story?

Kate is wonderful. She isn’t an extrovert but she’s steadfast. For me there is no more proof of her bravery than in the way she faces her most personal challenge of all - the question of who she is set against the way other people perceive her.

When things get a bit tricky in the wake of her ex-husband’s apparent suicide, Kate finds herself feeling very isolated because it’s not just the underlying mystery that is dangerous. In the year or so since the divorce, Kate’s been trying to start again but now she’s in a position of having to depend upon other people’s judgement once more. And they are so busy making assumptions about her that they start taking charge in a very wrong way. This feeling of powerlessness is I think one of those fearsomely dangerous moments in a test of self-belief. It’s also a wonderfully romantic way to meet Adam - it takes a man like him to perceive Kate’s oft-underestimated inner resolve and decide, despite the odds, to help her.

I’m the sort of author who maps out the basic narrative and swiftly finds that the characters start dictating their own actions. I find it quite funny really when I set out to write a scene a certain way only to discover about half way through that one of the characters is letting me know quite plainly that they simply wouldn’t behave that way. It’s great actually. It’s the moment I know they’re not just mannequins on a page.

Location seems to play a major part in your novels. Can you tell us why you decided to set The War Widow mainly in Aberystwyth?

I know and love Aberystwyth from my years there as an art student. These days I live near Cirencester and it was in a local charity shop window that I found my inspiration for this book. It came in the form of the chance discovery of a 1925 Guide to Aberystwyth (complete with instructions on where to catch one’s charabanc). The guidebook united my memory of life in Aberystwyth with my new life in Cirencester. It made me think about how much my heroine might try to reinvent herself after the end of a relationship and how certain elements of the past might quite simply refuse to let her go.

The War Widow is your second post war novel. What makes this era attractive to you?

To be frank, my original inspiration came from a conversation I had with a next door neighbour. He’s in his eighties now and was in his teens at the end of the war. He started talking about the years of recovery and change and I realised just how abruptly my education had stopped with the final days of the war. WWII is naturally a period that vastly influences the world I know today but the time that came afterwards is almost as important because this was when an awful lot of people had to deal with what had happened to the life they knew and attempt to build a new idea of normality for themselves. Everybody’s idea of what constitutes ‘normality’ is so different, I think it’s the most evocative era for an adventure.

And finally , what do you hope that readers will take away from The War Widow?

I hope you’ll love Kate and Adam as much as I do, and the era and the mystery and danger. I also hope you’ll begin to spot the fine threads that run from one book to the next. And please get in touch with me on Facebook or Twitter. It’s lovely to talk!

More about Lorna can be found on her website