Let's go back to ...Elizabethan England

“Sometimes I forget that I am cursed”, says Mary as she wakes to the pitter patter of rain on the roof of her merchant’s house, on Little Wood Street, in the Elizabethan city of London. And as her household stirs on this ordinary day in March, 1590, Mary puts on her shift and begins the day that will change her life forever.

Beautifully written and wonderfully evocative of the mean, and often, dangerous time period of Elizabethan England, The Cursed Wife is ultimately the story of two women, each with a thirst for self-preservation, and who have been so viciously hurt by the circumstances of their lives, that nothing, and no-one, can stop the momentum of their deadly downward spiral.

Filled with scurrilous gossip, dark innuendo and the creeping power of superstition, parts of The Cursed Wife made my blood run cold, and such is the richness of the story telling that I felt as though I occupied a privileged position in the household on Little Wood Street, quietly waiting, with Peg the doll on my lap, and fearfully watching, as the story begins.

The mystery at the heart of the story is sharp and precise and, as the unease drifts and lingers, there gathers about it a vibrant sort of energy which has its roots in darkness and vengeance, and which tells of the ruthlessness of ambition and of lives which been ruined by a deadly game of chance.

The Cursed Wife is something of a change of direction for the author as her previous novels have had some element of time slip about them, however, this story is very firmly placed in one time frame, and it is in this complex and convoluted Elizabethan mystery where the real strength of the story lies.

Deeply disturbing and deliciously moody, The Cursed Wife is one of those fabulous stories which lingers long after the last page is turned. 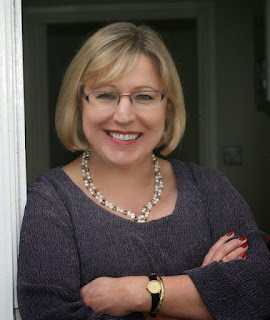 Pamela Hartshorne is a historian as well as an award winning romance writer. She lives in York and continues to draw inspiration from her PhD research to write about the 16th century, in fact and fiction, Time's Echo, her first novel written under her real name, was shortlisted for awards on both sides of the Atlantic.