A hot summer. A shocking murder. A town of secrets, waiting to explode...A beautiful young teacher has been murdered, her body found in the lake, strewn with red roses. Local policewoman Detective Sergeant Gemma Woodstock pushes to be assigned to the case, concealing the fact that she knew the murdered woman in high school years before. But that's not all Gemma's trying to hide. As the investigation digs deeper into the victim's past, other secrets threaten to come to light, secrets that were supposed to remain buried. The lake holds the key to solving the murder, but it also has the power to drag Gemma down into its dark depths...

My Thoughts about it...

The small Australian town of Smithson is rocked to its core when one of the local high school teachers is found dead in mysterious circumstances. Rosalind Ryan is a popular teacher, her pupils love her and her recent school theatre production of a reworking of Romeo and Juliet has been the high spot of her career. When local detective, Sergeant Gemma Woodstock arrives to investigate the murder she finds rather more than she bargained for, as the victim is well known to her, as Rosalind and Gemma were once pupils at the very same high school.

What then follows is a tense crime thriller which looks at the murder investigation in some detail and which also explores the emotional aspect of the connection between Rosalind and Gemma. Their combined secrets are buried deep and it takes a while before their connection starts to surface but when it does, the direction the story takes becomes darker and darker.

The Dark Lake is one of those suspenseful crime stories which makes you really think about what's happening and the twists and turns in the plot are well designed to keep you guessing. However, quite a lot of the story is taken up with the details of Gemma's life, and her complicated relationships sometimes take centre stage rather more than the murder investigation.This is no criticism, as the details of Gemma's rather complex life are finely intertwined with that of the town and its people.

The author writes well and certainly knows how to crank up the tension and whilst there are little clues dropped into the narrative, they're very subtle and interesting to observe. I enjoyed the flipping back and forth of the time frame which gives insight into the real background of the story which I can't say too much about but it all blends in very well.

There is no doubt that The Dark Lake is a remarkably accomplished debut novel and, as it's the first book in a proposed crime series, it certainly gets everything off to a very good start.

An author to watch, I think. 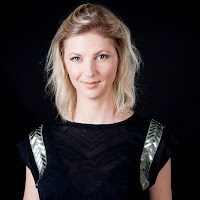 Sarah’s first novel, The Dark Lake, was published in Australia by Allen & Unwin in May 2017 and in the USA and Canada in October. Sarah lives in Melbourne, Australia and has two young sons. She has fifteen years experience in the advertising industry and is currently a director at creative projects company Mr Smith.

Sarah’s second book, Into The Night, featuring Detective Gemma Woodstock, will be published in 2018.

Do visit the other stops on the Blog Tour 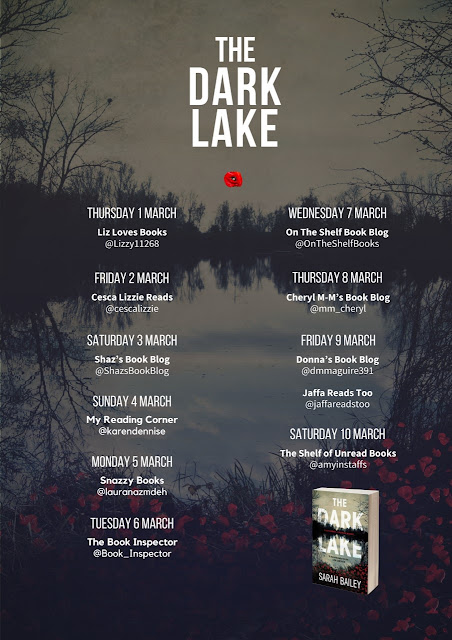