Six Oxford undergraduate students spend the summer at a French farmhouse where they hope to shake off the shackles of study before they all embark on their separate careers. Severine is the beautiful next door neighbour who beguiles them, not just with her beauty, but also with her mysterious lifestyle. And then ...Severine disappears.

The story opens a decade later when we meet one of the six, Karen Channing, now in her early thirties, trying to run her fledgling head-hunting business and scurrying between clients. When she receives an unexpected phone call informing her that Severine's body has been discovered at the farmhouse it brings back memories of that fateful summer and of the secrets which have been locked deeply away.

What then follows is a complex psychological thriller which takes us slowly piece by piece back to the time when all six of the students spent that fateful summer together. Old rivalries and petty jealousies emerge and as the plot gets deeper and deeper so the ties that bind them all together get tighter and tighter.

The story gets off to a bit of a slow start which I think is intentional as it then allows the story to evolve at its own pace rather than give too much away at the beginning. I enjoyed watching the dynamics of the group as they all come together, with the exception of one, to go back over the events as they each remember them. I think what comes across is the way that we never really know the true nature of people, no matter how close we think we are, there are always secrets, some more deadlier than others.

The French Girl is a clever and complex thriller, with a controlled ambiguity that keeps the reader guessing. It's a great holiday read.

Lexie Elliott grew up in Scotland, at the foot of the Highlands. She graduated from Oxford University, where she obtained a doctorate in theoretical physics. A keen sportswoman, she works in fund management in London, where she lives with her husband and two sons. The rest of her time is spent writing, or thinking about writing, and juggling family life and sport 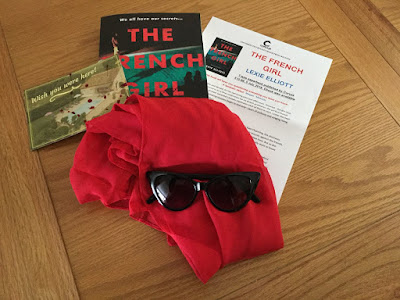