Blog Tour ~ Root of the Tudor Rose by Mari Griffith

When King Henry V and his bride, Catherine de Valois, are blessed with the birth of a son, their happiness is short-lived. Henry’s unexpected death leaves Catherine a widow at the age of twenty-one. Then her father, King Charles of France, also dies, and her son inherits both crowns. Henry VI, King of England and France, is just ten months old and needs all his mother’s watchful care to protect him from political intrigue.

The queen, an attractive young widow, is a foreigner at the English court and now finds herself regarded with suspicion, particularly by the Duke of Gloucester, who will seemingly stop at nothing to protect his own claim to the throne. But lonely, vulnerable Catherine has found true friendship with another foreigner at court, a young Welshman named Owen. Their friendship deepens, but their liaisons must be kept secret at all costs, because Catherine, Queen of England and forbidden to remarry, is in love with a servant..

I have an enduring fascination for all things Tudor and whilst I am familiar with the origins of the Tudor dynasty, it has been interesting to read this author's fictional account of the relationship that Catherine de Valois had with both of her husbands, Henry V and later, a young Welshman called Owen Tudor.

I have an image of Henry V, the hero of Agincourt, as a battle hardened soldier, and yet, from the beginning of this story, the author shows Henry to have a rather tender appreciation of his young bride whilst at the same time emphasizing both his ruthlessness and political ambition.

That Catherine is widowed, as a very young woman, comes as no surprise. Her life with her baby son, Henry VI, is often maligned, however, the author has shown Catherine to be a woman who knew her own mind. Catherine's subsequent, and rather romantic love affair with her servant, Owen Tudor is, by far, the more interesting side to the story, and where, for me, the people really started to come alive.

Imaginatively written, Root of the Tudor Rose brings Catherine’s life into perspective. That she was, so often, at the mercy of politically ambitious men is well explained, as is the clandestine nature of her relationship with Owen Tudor. Whilst there is very little documented evidence of the relationship which existed between Owen and Catherine, I think that the author has succeeded in using what information there is and has made a convincing account of what might have happened between them.

Root of the Tudor Rose is about a passionate relationship which survived against all odds, when everything, both social and political was against them, and of the tentative beginnings of a dynasty which would shape the rest of history. 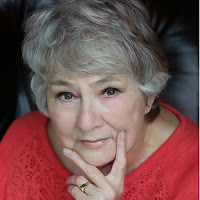 Mari Griffith became well-known as co-presenter of BBC TV show Music Time and as resident singer on BBC radio. She also had her own TV series and was later a successful director and producer. Her debut novel Root of the Tudor Rose has been internationally acclaimed and remained in the historical novel bestseller charts for several months. 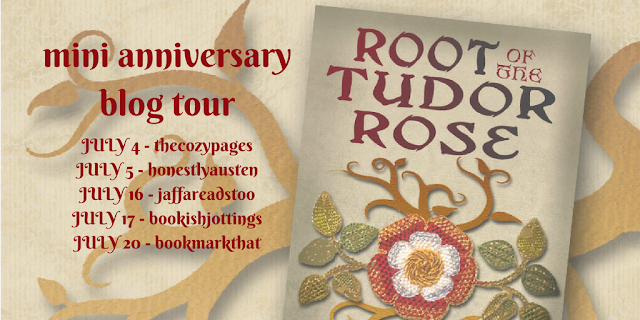