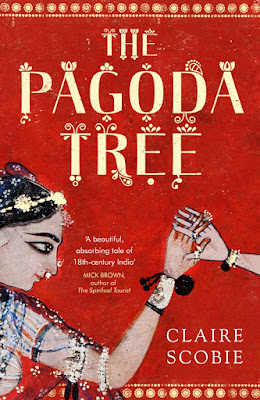 Tanjore, 1765. Young Maya plays among the towering granite temples of this ancient city in the heart of southern India. Like her mother before her, she is destined to become a devadasi, a dancer for the temple. She is instructed in dance, the mystical arts and lovemaking. It is expected she will be chosen as a courtesan for the prince himself.

But as Maya comes of age, India is on the cusp of change and British dominance has risen to new heights. Far from home the East India Company is acting like a country in its own right and the British troops are more of a rabble than the King’s army. The prince is losing his power and the city is sliding into war. Maya is forced to flee her ancestral home and heads to the bustling port city of Madras, where East and West collide.

In this new home, Maya captivates all who watch her dance, including Thomas Pearce, an ambitious young Englishman who has travelled to India to make his fortune. But their love is forbidden and comes at enormous cost.

Weaving together the uneasy meeting of two cultures, The Pagoda Tree is a captivating story of love, loss, fate and exile in 18th-century India.

Eighteenth century India is something of  a mystery to me but I was very quickly drawn into this colourful story which takes us right back in time to the story of Maya who is destined, as her mother before her, to become one of the devadasi, a temple dancer, well trained in the mystical arts.

However, times are changing and with the rise of British dominance, Maya soon finds that everything about her life is set to change. The Pagoda Tree is very much the story of what happens when two cultures clash especially when Maya comes into contact with an ambitious young Englishman who is enthralled by her personality and her way of life.

The author writes well and has clearly done a huge amount of research in order to bring both the place and its people so vividly to life. I enjoyed getting to know Maya and watching her progress from a young girl into a woman and even though her transition into adulthood is often fraught with difficulty, nevertheless she comes across as an interesting character with lots of personality.  Indian culture certainly comes alive in the imagination and its exotic location with all the sights, sounds and colour becomes an integral part of the story.

Overall The Pagoda Tree is an interesting and enlightening story about a time in history when prejudice flourished and cultures clashed, often with devastating consequences. 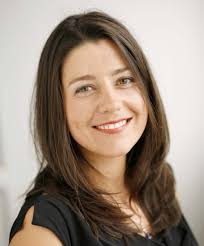 Claire Scobie is an award-winning author and novelist who has lived and worked in the UK, India and Australia. Her travel memoir, Last Seen in Lhasa, won the 2007 Dolman Best Travel Book Award. In 2017, she co-wrote A Baboon in the Bedroom with her mother, Patricia Scobie. Claire writes for numerous publications, including the Daily Telegraph and the Observer; teaches creative writing workshops in Australia, Asia and the UK; and in 2013 completed a Doctorate of Creative Arts at Western Sydney University. The Pagoda Tree is her first novel. 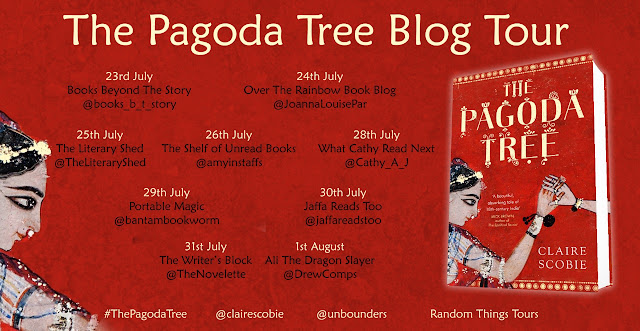