Imogen’s husband is a bad man.
His ex-wife and his new mistress might have different perspectives but Imogen thinks she knows the truth. And now he’s given her an ultimatum: get out of the family home in the next fortnight or I’ll fight you for custody of our son.
In a moment of madness, Imogen does something unthinkable: she locks her husband in the cellar. Now she’s in control. But how far will she go to protect her son and punish her husband? And what will happen when his ex and his girlfriend get tangled up in her plans?

And here's what I thought about it..

In what seems like a moment of complete madness, Imogen locks her ex-husband, Philip, in the cellar. That this act is done in haste doesn't lessen the impact of why she felt compelled to take this action in the first place. However, as Sticks and Stones unfolds, the reasons for this deadly drama starts to take shape, and as the story deepens, so more and more secrets about Philip Rochester start to emerge.

This is one of those tense and nail bitingly complex psychological suspense stories which grabs your attention right from the start, and whilst I couldn't always rationalise Imogen's behaviour, I could appreciate why Imogen, and later, Ruby and Naomi, two of Philip's other wives, acted in the way that they did. Looking at abuse, even in a fictional format, is never easy, and I think this story highlights just how desperate people can become when they have reached the limit of their endurance.

The author writes well and makes her characters feel totally authentic, and even though there were times when some of the action caused me to suspend belief, I couldn't help but become completely immersed in the way that the three women reacted to the situation. I was, very quickly, absolutely engrossed in this complicated story about the ultimate revenge.

The domestic noir genre is very popular and to stand out from the rest each new title has to offer something different, I think in Sticks and Stones, this debut author has succeeded in giving us a really innovative story, something which has a real edginess to it and which is both disturbing and utterly compelling, a real page-turner! 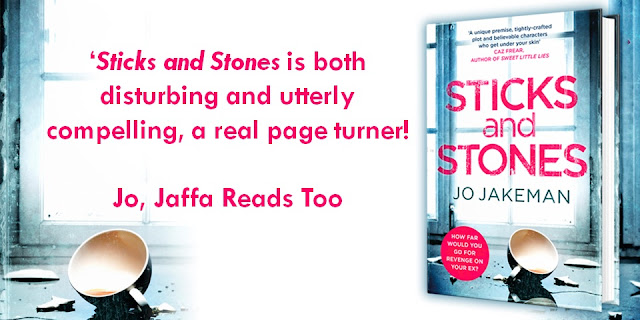 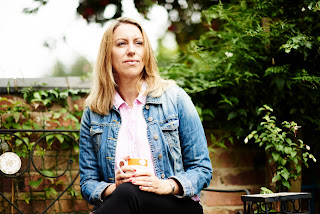 JO JAKEMAN was the winner of the Friday Night Live 2016 competition at the York Festival of Writing. Born in Cyprus, she worked for many years in the City of London before moving to Derbyshire with her husband and twin boys. Sticks and Stones is her debut thriller. 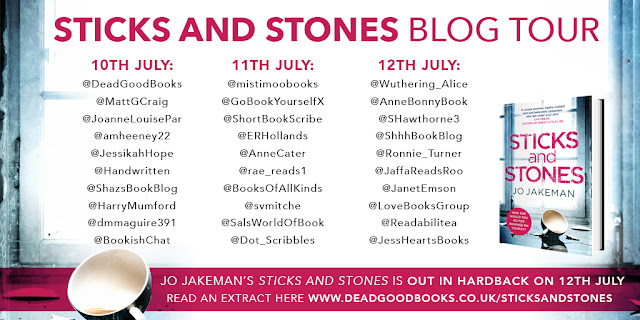