Blog Tour ~ Between the Lies by Michelle Adams

The truth is hiding between the lies.

What would you do if you woke up and didn't know who you were?

Chloe Daniels regains consciousness in a hospital with no memory of how she got there. She doesn't recognise the strangers who call themselves family. She can't even remember her own name.

What if your past remained a mystery? As she slowly recovers, her parents and sister begin to share details of her life. The successful career. The seaside home. The near-fatal car crash.

But Chloe senses they're keeping dark secrets - and her determination to uncover the truth will have devastating consequences. What if the people you should be able trust are lying to you?

In this suspenseful family drama I had no idea where the truth ended and the lies began but, believe me, there are lies aplenty in this dark, dark story which looks at the complexity of memory and of the confusion of recall. Chloe Daniels has been involved in a horrendous car accident but when she wakes after a month long coma, she has no recollection of what happened or indeed of how she came to be in the car in the first place. Living with her parents and sister in her childhood home is not the comforting place it should be and gradually as Chloe starts to remember so the nightmare begins to unfold around her.

The pace throughout Between the Lies is fast, but not furious, which gives ample time to let what's happening evolve in a realistic sort of way. However, there's always an impressive amount of attention paid to the emotional impact of Chloe's story. I felt very connected to her, and even though at times she's not always very easy to understand, there are far more dangerous people to keep your beady eye upon.

I read through this book over the space of an afternoon in the garden, and so lost in what was happening on the page in front of me, I had to keep reminding myself to look up and listen to the birds for a few minutes in order to bring myself back to the peace and calm of the here and now. I read so many books in this genre that it's a real treat when one piques my attention and makes me sit up and take notice and I was genuinely surprised by the complexity of the narrative in Between the Lies, and of the ingenuity of the many twists and turns, with one twist, in particular, that I truly didn’t see coming 😉

I remember being impressed by this author's debut novel, My Sister and was eager to see in which direction this second book would take us. I'm thrilled that Between the Lies is every bit as good…if not better...than the first. 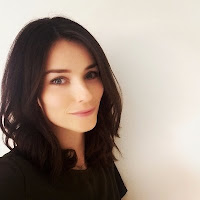 Michelle Adams grew up in the UK and now lives in Cyprus, where she works as a part time scientist. She read her first Stephen King novel at the tender age of nine, and has been addicted to suspense fiction ever since. BETWEEN THE LIES is her second novel following the acclaimed psychological thriller MY SISTER. 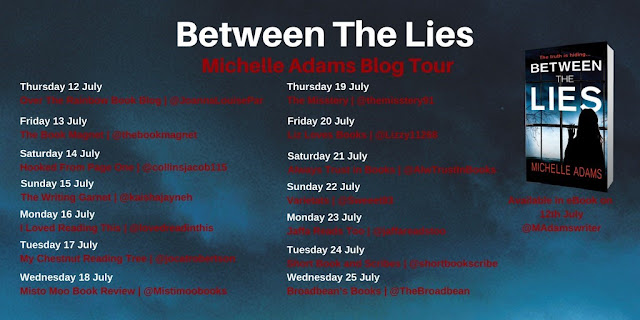