Hist Fic Saturday ~ The Incendium Plot by A D Swanston

Let's go back to ...Elizabethan England

In 1572, Elizabethan England is rife with fear, not just from the sporadic outbreaks of plague but also from the danger of insurrection and invasion. The Ridolfi plot which sought to place Mary Queen of Scots on the English throne has just been thwarted and Thomas Howard, Duke of Norfolk, has paid the ultimate price for his betrayal. Lawyer, Christopher Radcliff is in the Earl of Leicester's employ as his chief intelligencer and he is charged with the task of seeking out those who would threaten, not just the safety of the Queen, but also the stability of England.

When Radcliff discovers a new and deadly plot against the Queen, it is a race against time to search out those, both at home and abroad, who seek to destroy her.

The Incendium Plot is a really sleek thriller which has all the hallmarks of a great whodunit and set, as it is, against a backdrop of the glorious Elizabethan age there is much to enjoy, both in terms of historical background, which is beautifully authentic, and also in the sharpness of the investigative process. Radcliff is a likeable character, methodical, meticulous and with never a clue left uninvestigated, you feel as though you are in safe pair of hand as he moves stealthily through some very dangerous places and mixes with very undesirable characaters.

Historically accurate, as only good research shows, The Incendium Plot has all the necessary ingredients for a rollicking good historical adventure which moves effortlessly between France and England, and as Radcliff and his associates discover more about the darkness which threatens to overwhelm them, so the danger moves ever closer to home.The author writes this type of historical suspense very well and intersperses the story with a wealth of interesting characters, some act as spies and informers, whilst others add a colourful and lively glimpse into life in Elizabeth's England.

This is the first of two thrillers which will feature the adventures with Christopher Radcliff in his intelligencer role. The Incendium Plot certainly gets the stories off to a very good start. 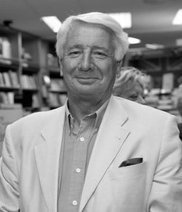 Andrew’s novel, Incendium*, was first published in February 2017 and is the first of two thrillers featuring Dr. Christopher Radcliff, an intelligencer for the Earl of Leicester, and is set in 1572 at the time of the massacre of the Huguenots in France.

*The Incendium Plot was first published in hardback as Incendium