Review ~ A Death in the Night by Guy Fraser-Sampson


In this fourth novel in the Hampstead Murders, Bob Metcalfe, Lisa Atkins, Helen Willis and Peter Collins are attending a vintage dinner dance at the Athena Club, which is a rather exclusive women only establishment in London, once frequented by the great, Dorothy L Sayers. Whilst the group enjoy their evening entertainment, an unexplained death occurs in one of the club's bedrooms, which consequently reveals a perplexing mystery with few clues and many suspects.

There is something rather charming about this series, which harks back to the golden age of crime writing that, even though at the heart of A Death in the Night is a rather dark mystery, there is something quietly comforting to be had in working alongside this group of professional detectives as they conduct their enquiries. With good old fashioned police investigation, the Hampstead detective team work with methodical precision, leaving no stone unturned and no suspect unattended, and with such a complex and difficult mystery, the team will be tested to the limit of their investigative powers.

Bringing his characters to life with gentle humour and fine attention to detail the author has certainly created in the Hampstead Murders, a memorable crime series, and whilst each book is quirkily different, there are common themes, so that readers who have travelled the journey from the beginning will see familiar threads running alongside each new investigation.

I've really come to love these stories, so that I now look upon these characters as old friends, in whose company I am more than happy to spend many entertaining and enjoyable hours. 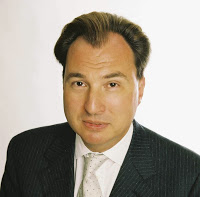 Find out more about the author here