Lets's go back in time 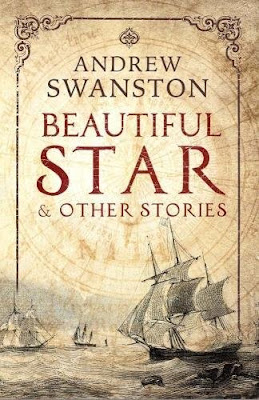 This is a really fascinating book of seven historical fiction short stories which have their basis firmly in truth and the author has used his considerable skill with words to bring to life these events which have been completely overlooked.

All of the stories sit very comfortably together and are easy to read in one sitting. Beautifully reminiscent of the era in which they are set, each story gives a vibrant account of a forgotten time and gives weight to the argument that our connection to history is always with us.

I found some of the stories very moving, particularly the treatment given to Jane Wenham, an unfortunate old woman who is notoriously known as the Witch of Wenham.  I found the title story, Beautiful Star to be especially poignant and the whole shipbuilding and fishing industry was brought so vividly to life that I could almost taste the tang of sea salt and savoured the smell of wood smoke and timber. However, it's the story of The Button Seller and the Drummer Boy which I found to be the most interesting and couldn't help but be immersed in each of their stories and of the consequences of their actions.

I think this is a real hidden gem of a book which will appeal, not just to history lovers, but also to those interested in well written short stories.

You can read an interview by the author by clicking here

Andrew’s novel, Incendium, was published in February 2017 and is the first of two thrillers featuring Dr. Christopher Radcliff, an intelligencer for the Earl of Leicester, and is set in 1572 at the time of the massacre of the Huguenots in France.

The Dome Press publish Beautiful Star, a collection of short stories documenting a journey through time, bringing a new perspective to the defense of Corfe Castle, the battle of Waterloo, the siege of Toulon and, in the title story, the devastating dangers of the life of the sea in 1875.