England is partying like there is no tomorrow, gas masks at the ready. In Cambridge the May Balls are played out with a frantic intensity - but the good times won't last... In Europe, the Nazis have invaded Czechoslovakia, and in Germany the persecution of the Jews is now so widespread that desperate Jewish parents send their children to safety in Britain aboard the Kindertransport. Closer to home, the IRA's S-Plan bombing campaign has resulted in more than 100 terrorist outrages around England.

But perhaps the most far-reaching event of all goes largely unreported: in Germany, Otto Hahn has produced the first man-made fission and an atomic device is now a very real possibility. The Nazis set up the Uranverein group of physicists: its task is to build a superbomb. The German High Command is aware that British and US scientists are working on similar line. Cambridge's Cavendish Laboratory is where the atom was split in 1932. Might the Cambridge men now win the race for a nuclear bomb? Hitler's generals need to be sure they know all the Cavendish's secrets. Only then will it be safe for Germany to wage war.

When one of the Cavendish's finest brains is murdered, Professor Tom Wilde is once more drawn into an intrigue from which there seems no escape. In a conspiracy that stretches from Cambridge to Berlin and from Washington DC to the west coast of Ireland, he faces deadly forces that threaten the fate of the world.

This new historical thriller takes us right back into the complicated world of Professor Tom Wilde, the Cambridge historian and amateur detective, who we first met in Corpus. In Nucleus, we have an altogether darker mystery which sees Tom, and his companions, pushed to the limit of even their considerable endurance.

It's 1939 and England is on the cusp of war and the brilliant scientists at the Cavendish laboratory in Cambridge are working frantically to complete their research into nuclear fission which could lead to the production of the first nuclear bomb. However, Germany also has its eye on this considerable prize, and there are some unscrupulous individuals who will stop at nothing to get the information they need in order to gain superiority as Europe races towards conflict.

Nucleus is a fascinating historical thriller which is totally convincing in its authenticity, alive with menace and teeming with characters that stay with you long after the last page is turned. I always enjoy being in Tom Wilde's company, he is fast becoming one of my favourite amateur sleuths, and it's really interesting to see, in this novel,  how his troubled relationship with his girlfriend, Lydia, develops, particularly as Lydia is also about to be tested to her limits when she embarks on her own dangerous mission.

From sleepy Cambridge, to the dark days of pre-war Berlin, and even to the inner sanctum of the White house and a meeting with President Roosevelt, Nucleus is filled with the plots and schemes of some unscrupulous individuals who will stop at nothing to get what they want. The story moves along at a rollicking pace and the multiple twists and turns in the plot certainly kept me guessing right until the end. The historical aspect of the story is, as ever, impeccably researched and everything feels so authentic that it really is, at times, like being a fly on the wall with a privileged view of everything as it happens. The central plot is all consuming and the multiple strands of the story with all their elements of danger and intrigue make for an exciting historical thriller. 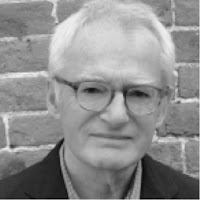 RORY CLEMENTS won the CWA Ellis Peters Historical Award in 2010 for his second novel, Revenger. He is the author of the John Shakespeare series of novels which are currently in development for TV by the team behind POLDARK and ENDEAVOUR. Since 2007, Rory has been writing full-time in a quiet corner of Norfolk, England, where he lives with his family.

Do visit the other stops on the Blog Tour 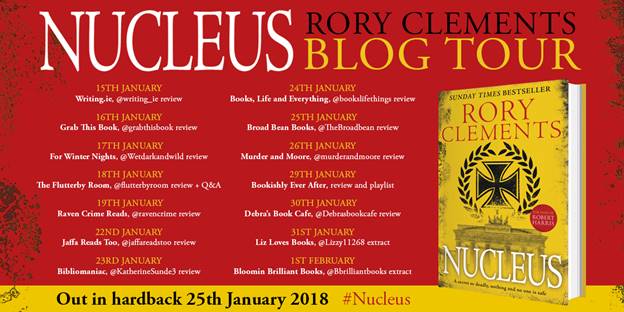