Blog Tour ~ The Secrets Between Us by Laura Madeleine

The Secrets Between Us Blog Tour 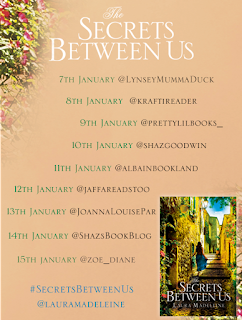 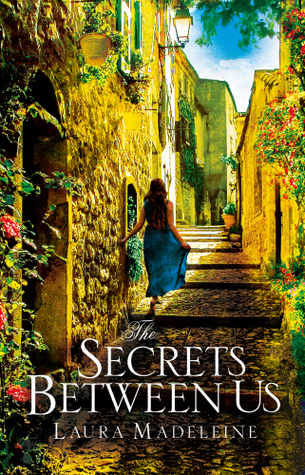 First off, it must be said that this book cover is absolutely glorious and captures the setting of the novel to perfection.

In 1943, eighteen year old Ceci Corvin and her family struggle to survive in occupied France where, even, high up in the hills, in their small village of Saint-Antone, they are not immune to struggle and hardship. Working in the village bakery gives them a unique place to view what's going on but also places them in danger.

Fifty years later, Annie is unsatisfied with both her work and personal life and seems be searching for something which will give her life more meaning. When Annie's mother, on holiday in Australia, contacts Annie and expresses a wish to reunite with her estranged mother, Annie's grandmother, the search is on to find her. For Annie this is something of a journey of self-discovery, as not only does she make contact with her gran-mére, but also discovers a deeply buried family secret, which changes everything she once thought to be true.

What then follows is a beautifully written dual time story which looks at the turbulent latter years of the Second World War and of the discovery, many years later, of a family mystery which has been buried for far too long. The author writes really well and brings time, place and people to life with fine attention to detail. Of the two halves of the dual time narrative, I was perhaps more emotionally involved in the war time story and thought that the description of life in Saint Antoine was particularly well defined. I especially enjoyed reading of the bakery in Saint Antoine, and such were the delicious descriptions of the breads being produced that I could taste the pain aux noix and sip the  Acorn roasted café.

The Secrets Between Us is inspired by true events and is a fascinating story of forgotten friendship, lost family, forbidden love and, ultimately, of the healing power of reconciliation.

More about the Author can be found on her Website

The Secrets Between Us is a kindle monthly deal in January and will be on sale for just 99p until the end of the month.