Review ~ Anatomy of a Scandal by Sarah Vaughan

Well, I've been ever so quiet about this one for the last few weeks patiently waiting until nearing its publication date to shout about it in a very LOUD voice...

James Whitehouse walks the corridors of power in the palace of Westminster, confident, charming and oh, so, charismatic that women adore him. His politics are as polished as his personality and he oozes that glossy veneer which is so often seen on the faces of politicians as they cross that razor fine line between late night sittings in the house and the Westminster bars. As a Junior Home Office Minister, James keeps his friends close and his enemies closer, sure in the knowledge that his impeccable personal life and wonderful marriage to his wife, Sophie, will keep his wholesome reputation intact. That is, until, a terrible accusation is made against James, which rips his, and Sophie’s, world apart.

What then follows in Anatomy of a Scandal is the dissection of a life which is lived in the full glare of the political spotlight. It’s about the determination to get to the heart of injustice and of an obsessive fight for truth for those whose lives have been blighted and made worthless by concealed lies. And, barrister, Kate Woodcroft QC knows that once the lid has been lifted, there will be no going back and no place to hide.

Current and topical, there is no doubt that the author has created something quite special in Anatomy of a Scandal. Beautifully written with fine attention, to even the smallest detail, the story feels so authentic that you become completely overtaken by the events as they start to unfold. And as we travel forwards and backwards in time so the Anatomy of a Scandal is revealed piece by tantalising piece until it becomes impossible to know where the truth begins and the lies stop.

I devoured this book in two sittings. I carried it with me from room to room; carefully placing my bookmark so that I could find my place quickly, and such is the power of the writing that whenever I switched on the evening news, like so many current government scandals, I half expected to see the handsome face of James Whitehouse to pop up as the lead news item on my TV screen.


Dark, compelling, and so utterly believable, Anatomy of a Scandal will have you have you firmly in its grip from first page, to last. 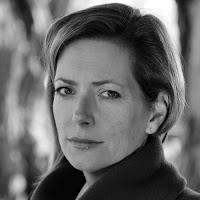