Fifty international words for snow, revealing a whole world of culture, myth and story – explored by an award-winning writer.
“A snow crystal is part of the endless cycle of the water molecule: from its six cornered solid state it becomes liquid and then gas, and thus a snowflake that falls on the glaciers of the Rwenzori peaks in Africa might melt and evaporate and later freeze again and fall in the apple orchards of Kashmir, and melt again and fall fifty times and more. Just so, a single unit of meaning – one word for snow – offers an approach to new places, a clear path of understanding to travel forwards along.” 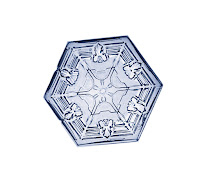 Every language and culture has its own word for the magical, mesmerising flakes that fall from the sky. From Iceland to Hawaii, frozen forest to mountain peak, school yard to park, snow may be welcomed, feared, played with or prized. In this lyrical, evocative book, Arctic traveller and award-winning writer, Nancy Campbell, digs deep into the meanings and etymologies, the histories and the futures of fifty words for snow from across the globe, using them as clues to the many ways in which we are all connected to one another and to our planet. Fifty words… is a journey from the ornate ice houses on country estates to the artificial snow of the movies, the construction of iglu by Inuit, and jäätee, the ice roads across frozen lakes of Estonia. Exploring language in its broadest sense, Campbell includes American Sign Language for snowboard and shares how the Inuktitut oral language came to be transcribed. At a time of great environmental change, it is a celebration of climate, and a warning of what may be lost. 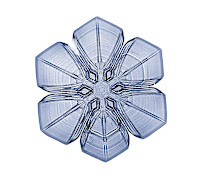 Not only is Fifty Words for Snow a fascinating look at how we view the 'feather like flakes that fall from the sky' but it's also a trip, in fifty words, to some amazing places around the world. From the Sámi people of northern Norway, Finland, Sweden, through to Suncups which form in the snowfields of the northern hemisphere, including England, the author describes the myths and stories which follow this glorious phenomenon around the world.

Wonderfully presented in a stunning hardback edition, and with quiet determination, Fifty Words for Snow draws you into a magical world which the author describes so beautifully. Each chapter is complete within itself and is headed by a lovely illustration, from the original photographs of snowflakes taken by Wilson Bentley, and just as each snowflake is individual so is each special meaning.

I started the book with the intention of dipping wherever took my fancy but after the first chapter I found that I read the book in snowflake order, captivated by the lyrical quality of the stories as they unfolded in the fifty very different words for snow. I love the way that snow quietly transforms even the bleakest of landscapes, turning the vista into a magical and sparkling world, and I think, in this lovely book, the author has captured the very essence of snow, and what it means to different cultures.

Fifty Words for Snow has brought a little bit of sparkly magic into my world during this latest lockdown and it is definitely a perfect gift for anyone who loves the beauty of words, or the simple joy of making angels in the snow.

Nancy Campbell is an award-winning writer, described as ‘deft, dangerous and dazzling’ by the Poet Laureate, Carol Ann Duffy. Her travels in the Arctic between 2010 and 2017 have resulted in several projects responding to the environment, most recently The Library of Ice: Readings in a Cold Climate (S&S), which was longlisted for the Rathbones Folio Prize 2019. Her previous book on the polar environment, Disko Bay, was shortlisted for the Forward Prize for Best First Collection in 2016. She has been a Marie Claire ‘Wonder Woman’, a Hawthornden Fellow and Visual and Performing Artist in Residence at Oxford University. She is currently a Literature Fellow at Internationales Kunstlerhaus Villa Concordia in Bamberg, Germany. 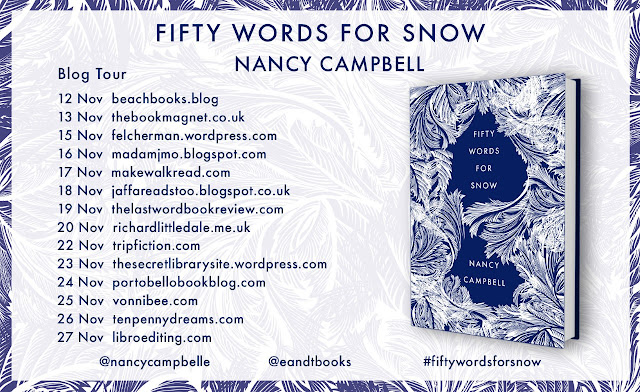