Featured Book of the Month ~ One August Night by Victoria Hislop

Delighted to feature my Book of the Month

25th August 1957. The island of Spinalonga closes its leper colony. And a moment of violence has devastating consequences.
When time stops dead for Maria Petrakis and her sister, Anna, two families splinter apart and, for the people of Plaka, the closure of Spinalonga is forever coloured with tragedy.
In the aftermath, the question of how to resume life looms large. Stigma and scandal need to be confronted and somehow, for those impacted, a future built from the ruins of the past.

The Island was one of my favourite books of the noughties and like all fans I have waited patiently for the author to return to this world which she so imaginatively recreates.

In 1957, the Leper colony on Spinalonga closes, as the recently discovered cure for leprosy means that the inhabitants of the island are no longer considered to be an infection risk and can return to their homes and families.

Being back on Crete has been a real treat, and we follow again the lives of some of those characters we met and fell in love with in The Island. I must admit that I expected this to be more of a catch up with the island of Spinalonga itself but it's rather more of a development of some of the characters and what happens to them after 1957. It was particularly interesting to join the story at the start catching up with that of the beautiful, Anna Vandoulakis, especially as her sister, Maria Petrakis, is about to rejoin the community after her years on Spinalonga. Tensions run high and there are many family secrets simmering under the surface all of which are brought to light on a fateful August night when the community in Plaka come together to celebrate the liberation of Spinalonga.

I raced through One August Night in one sitting, interested in the the new stories that were evolving, particularly that of Manolis and Andrea Vandoulakis, and also of the role that Maria Petrakis goes on to play in each of their complicated lives. Beautifully written, as I knew it would be, One August Night took me back to the beauty of Greece,  with all the passion and expertise which the author brings to this world. There's jealousy, family feuds, hatred and forgiveness all combined in a story which held my attention from start to finish.

Selfishly, I would have liked the story to be longer and I got the definite impression that this is a tying up of loose ends, but I am comfortable with that, and enjoyed reading One August Night entirely on its own merits and not just because I wanted it to be a continuation of The Island.

Fans of The Island will appreciate this return to Crete, and I have no hesitation in making One August Night my featured book of the month for October. 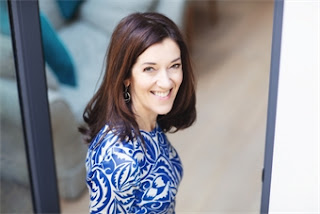 Inspired by a visit to Spinalonga, the abandoned Greek leprosy colony, Victoria Hislop wrote The Island in 2005. It became an international bestseller and a 26-part Greek TV series. Her books have been translated into more than thirty-five languages. Victoria divides her time between England and Greece. In 2020, Victoria was granted Honorary Greek Citizenship by the President of Greece.
Website
Twitter @VicHislop #OneAugustNight 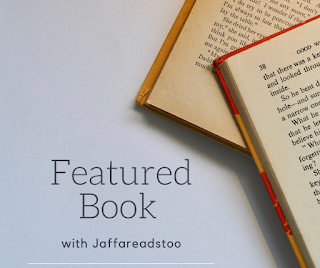