🎄
Thrilled to join in on today's final blog tour stop

Newly promoted head teacher Anna Dalton needs a Christmas miracle – and fast! After years of sitting through excruciatingly dull Christmas productions, complete with crying children and sleeping parents, she’s determined Riddlescomb Primary School will put on a Nativity to remember.
Enter bad boy actor Dan Ramsey, recently axed from the lead role in a TV drama and in desperate need of cleaning up his image or he’ll never work again.
Dan can flash those heart-stopping dimples all he likes, Anna tells herself she isn’t going to fall for them. She knows why he’s decided to volunteer at the school, and it’s for the good of his career…not his soul.
But as Anna and Dan are forced to work together for the sake of a truly magical Christmas for the children, sparks fly and they can’t help but wonder what will happen once the festive season is over…

Anna Dalton is ill-prepared for the effect that Dan Ramsey will have on her life when she lets him into her Primary School to help out with the school Christmas production, for Dan is a volunteer like no other. Recently axed from his long time acting role as the handsome Doctor Tyler in a daytime soap, Dan is more used to making hearts flutter than inspiring young actors. However, as Riddlescomb Primary starts to work its magic on Dan, so a sprinkling of his charismatic allure starts to work its charm on the lovely Anna.

A Little Christmas Hope isn't just about romance, although when that happens it fairly sizzles on the page, but it's also about being lost and a little bit lonely, about being brave enough to take a second chance when it's offered, and about the bonds of friendship when you need someone to listen.

A Little Christmas Hope is a lovely heartwarming story which is difficult to put down. I started reading the book on a really grey sort of day when the mist and drizzle seemed set in and there was nothing else to do but settle down in my favourite chair with a packet of chocolate cookies and a good story. I really think that during a national lockdown any of Kathryn Freeman's romantic novels should be compulsory reading as they never fail to take me out of a rather dreary situation and place me quite firmly in the land of her imagination, with lovely heroines and hunky heroes, in romantic stories which just make me smile from start to finish. 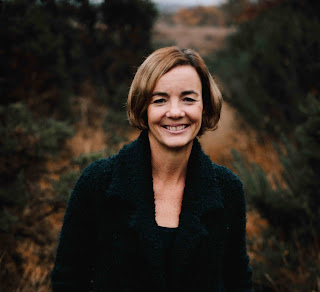 A former pharmacist, I’m now a medical writer who also writes romance. Some days a racing heart is a medical condition, others it’s the reaction to a hunky hero.
I’ve two sons and husband who asks every Valentine’s Day whether he has to buy a card (yes, he does), so any romance is all in my head. Then again, his unstinting support of my career change proves love isn't always about hearts and flowers - and heroes come in many disguises.