Blog Tour ~ When the Music Stops by Joe Heap

This is the story of Ella. And Robert. And of all the things they should have said, but never did.
‘What have you been up to?’
I shrug, ‘Just existing, I guess.’
‘Looks like more than just existing.’
Robert gestures at the baby, the lifeboat, the ocean.
‘All right, not existing. Surviving.’
He laughs, not unkindly. ‘Sounds grim.’
‘It wasn’t so bad, really.
But I wish you’d been there.’
Ella has known Robert all her life. Through seven key moments and seven key people their journey intertwines. From the streets of Glasgow during WW2 to the sex, drugs and rock n’ roll of London in the 60s and beyond, this is a story of love and near misses. Of those who come in to our lives and leave it too soon. And of those who stay with you forever…
What did I think about it..
When the Music Stops is a fascinating look through all the myriad facets which make up the minutiae of a life. From childhood, through to the infirmity of old age, we follow the story of Ella and Robert from their school days in wartime Glasgow, through to the London of the swinging sixties, and beyond, and each time their lives intertwine so little pieces of themselves are left behind.
Through seven important key points and with a continuous love for music, Ella's life is explored in detail, gently examining those moments which have been so important to her. Moving as it does between time frames, we begin to understand more about Ella, not just her past, but also her present, her regrets, and her successes, all of which give credence to her world which, in her eighties, has begun to be confusing to her.
I enjoyed following Ella's journey through her fascinating life and the interesting way the story evolves helps to keep everything flowing in a thought-provoking way. Ella's colourful life as a musician comes to life, in particular through the music scores which are scattered like jewels throughout the more pertinent moments of her life.
Taking inspiration from his own grandparents story, the author has written a beautifully, described look at love, loss, regrets and, ultimately, the treasure of keeping alive the memory of those people who capture our heart forever. 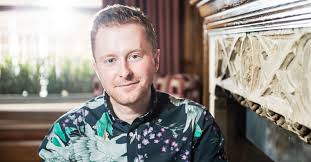 Joe Heap was born in 1986 and grew up in Bradford, the son of two teachers. His debut novel The Rules of Seeing won Best Debut at the Romantic Novel of the Year Awards in 2019 and was shortlisted for the Books Are My Bag Reader Awards. Joe lives in London with his girlfriend, their two sons and a cat who wishes they would get out of the house more often.
Twitter @Joe_Heap_ #When the MusicStops
@fictionpubteam
@RandomTTours 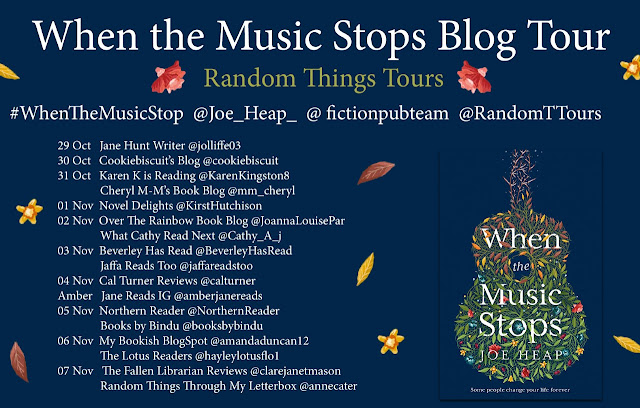