I can’t forgive myself. Not after what I did. Could you?
This is Claudia Winters’s last chance for a fresh start. Changing her name and leaving her old life behind, she has fled to the small town of Kesterly with her mother and daughter. Here, she hopes they can be safe for the first time in years.
But the past can’t stay hidden forever. And even as Claudia makes new friends and builds a new life, she can’t help feeling it’s all about to catch up with her… Until one disastrous night changes everything forever.
What did I think about it..
This family drama gets off to a very dramatic start when Claudia leaves her home and her abusive husband  to start a new life with her mother and daughter in the small seaside resort of Kesterly. She does this with such trepidation and fear that the tension is palpable and with her husband’s threats ringing in her her ears, Claudia is determined to get clean away even if that means changing her identity. Making a new life for herself and her family isn't easy and Claudia discovers to her cost that disaster is never going to be very far away.
What then follows is a dramatic family saga which has all the trademarks of this author's fine writing skills. She certainly knows how to crank up the tension and there were several times when my heart was in my mouth wondering just what was going to happen next to this lovely family. I enjoyed the way the story unfolded, especially the alternate chapters which were told from the point of view of a character who we only get to know by his letters and at first I wasn’t sure how these would tie in with the outcome of the story. I needn’t have worried as the author does an excellent job of bringing together all the loose strands in an engrossing story which captured my attention from the very first page.
I wasn’t overly familiar with the concept of restorative justice but I found this part of the plot to be utterly fascinating and I thoroughly enjoyed how the author threaded this concept of forgiveness and giving someone a second chance into the story.
Forgive Me is a beautifully written family drama which is filled with just enough tension to keep you turning the pages but there’s also a lovely sense of hope over adversity and a recognition of the importance of the restorative power of love and forgiveness.
About the Author 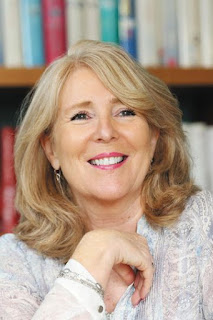 Susan Lewis is the internationally bestselling author of over forty books across the genres of family drama, thriller, suspense and crime, including One Minute Later and Home Truths and My Lies, Your Lies. Susan’s novels have sold nearly three million copies in the UK alone. She is also the author of Just One More Day and One Day at a Time, the moving memoirs of her childhood in Bristol during the 1960s
Susan has previously worked as a secretary in news and current affairs before training as a production assistant working on light entertainment and drama. She’s lived in Hollywood and the South of France, but now resides in Gloucestershire with husband James, two stepsons and dogs.
Twitter @SusanLewisBooks #ForgiveMe
@fictionpubteam
@RandomTTours
Website 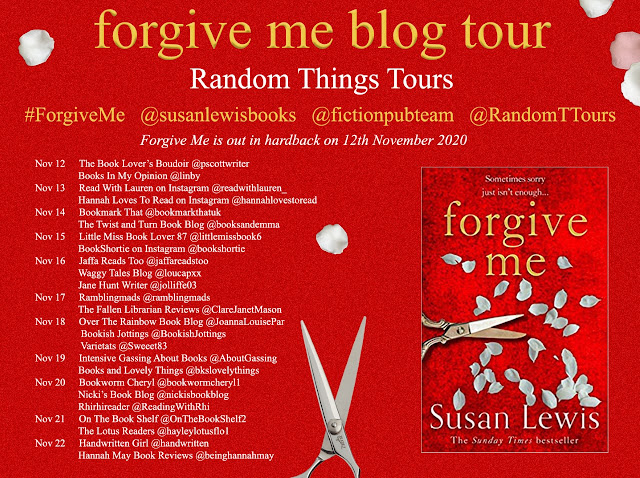