It's late 1944. Allied victory is on its way, but it's ruddy well dragging its feet. Hitler's rockets are slamming down on London with vicious regularity and it's the coldest winter in living memory. In a large house next to Hampstead Heath, Vera Sedge is just about scraping by, with a household of lodgers to feed, and her young ward Noel (almost fifteen) to clothe and educate. When she witnesses a road accident and finds herself in court, the effects are both unexpectedly marvellous, and potentially deadly, because Vee is not actually the person she’s pretending to be, and neither is Noel. The end of the war won’t just mean peace, but discovery, and not in the way any of them could ever expect.
What did I think about it..
Vera Sedge maintains an air of respectability in the lodging house on Hampstead Heath where she lives, known only as Mrs Margery Overs, with her fifteen year old ward, Noel and an assortment of paying guests who form this rather eccentric household. Living in London in 1944 is not without its challenges especially as Hitler is determined to wreak havoc on the population by dropping V-2 rockets and Doodlebugs with devastating regularity.
For those readers who enjoyed Crooked Heart and Old Baggage, it's a chance to catch up with Vee and Noel, and yet it's also the opportunity to learn more about the war effort during this latter stage of WW2 when spirits where at an all time low. Rationing was very much biting hard and it was fascinating to see how Noel, with this culinary skills, made ends meet in his own inimitable style.
In many ways V for Victory is a quiet story about ordinary Londoners living in extraordinary circumstances but which succeeds in capturing the charm and wit of people going about their everyday business. However, what this author does so well is bring a sharp eye for historical detail, especially in the heartbreaking description of the work of the ARP wardens who deal with such devastating human tragedy on a daily basis, and again readers will recognise some characters from Old Baggage albeit several years older.
I've been an avid fan of this set of novels so it comes as no surprise to find that V for Victory is every bit as good as I hoped it would be. It's compassionate, descriptive, feisty and funny, and with a few new surprises thrown in for good measure. I'm not sure if the author intends to continue with this theme but if not,  V for Victory is a fitting ending to this fascinating series of historical novels.
About the Author 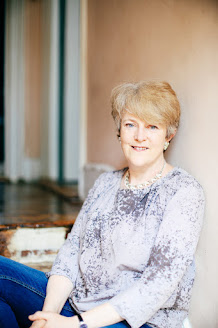 Lissa Evans has written books for both adults and children, including Their Finest Hour and a Half, longlisted for the Orange (now Women’s) Prize, Small Change for Stuart, shortlisted for many awards including the Carnegie Medal and the Costa Book Awards and Crooked Heart, longlisted for the Baileys Women's Prize for Fiction. OLD BAGGAGE was a sell-out Waterstone's Book of the Month; THEIR FINEST HOUR AND A HALF was adapted into a star-studded film with Gemma Arterton and Bill Nighy.
Website
Twitter  @LissaKEvans #VforVictory
@DoubledayUK
@RandomTTours 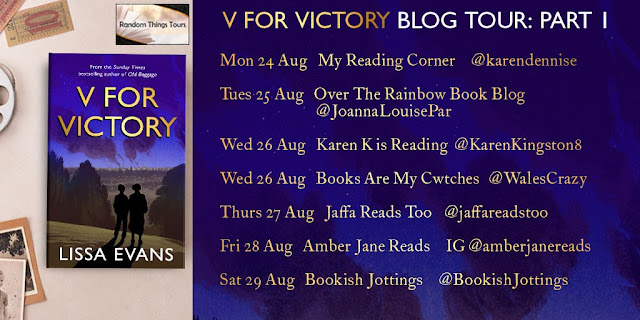