Freya Lyell is struggling to move on from her sister Stella’s suicide five years ago. Visiting the bewitching Byrne Hall, only a few miles from the scene of the tragedy, she discovers a portrait of Stella, a portrait she had no idea existed, in a house Stella never set foot in. Or so she thought. Driven to find out more about her sister’s secrets, Freya is drawn into the world of Byrne Hall and its owners: charismatic artist Cory and his sinister, watchful mother. But as Freya’s relationship with Cory crosses the line into obsession, the darkness behind the locked doors of Byrne Hall threatens to spill out.
What did I think about it..
Freya Lyell discovers Byrne Hall whilst she is attending a wedding reception in its stately grounds and despite the house being out of bounds to wedding guests, Freya immediately senses some sort of connection with the hall and its inhabitants. There's a definite sense of foreboding about this novel, as right from the start you get the impression that all is not well at Byrne Hall, and as Freya gets drawn further into the lives of those who live there, so the tension starts to mount. Freya is such a vulnerable character, lost and frightened since the untimely death, five years ago, of her older sister and the connection she feels with Byrne Hall only serves to heighten this vulnerability.
The Whispering House is a creepy character driven novel which reveals its secrets ever so slowly, so slowly in fact that there are times when nothing much seems to happen, and yet the sense of foreboding never really goes away, it's as though even the narrative is holding its breath. There's a distinctly gothic feel to the novel, it's dark and brooding, and even, as one character observes, the house has an evil face, there is no doubt that those who live there guard their secrets close. The story maintains its secretive atmosphere throughout, and there are some genuinely chilling moments, which made the hairs stand up on the back of my neck.
Gothic, gloomy, secretive and dangerous, The Whispering House, is a slow burner of a story which builds to a dramatic conclusion.
About the Author 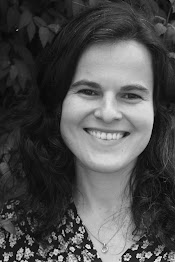 Her debut novel CALL OF THE CURLEW was shortlisted for the Waverton Good Reads award. The setting for her new novel, THE WHISPERING HOUSE, is a manor house named Byrne Hall and is inspired by the home of Agatha Christie. It is full of dark corners and old portraits that carry untold stories of their subjects. Elizabeth Brooks lives on the Isle of Man with her husband and children.
Twitter @Manxwriter #TheWhisperingHouse
@Doubledayuk @izzieghaffari 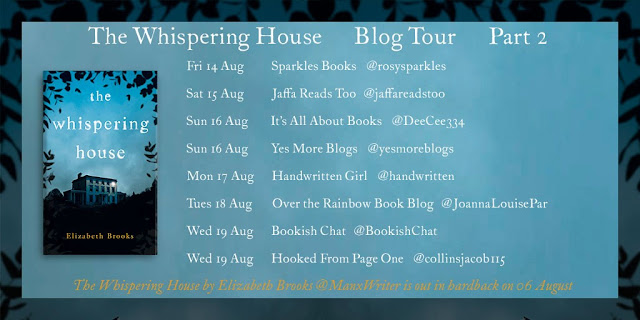