Viola has an impossible talent. Searching for meaning in her grief, she uses her photography to feel closer to her late father, taking solace from the skills he taught her - and to keep her distance from her husband. But her pictures seem to capture things invisible to the eye . . .
Henriette is a celebrated spirit medium, carrying nothing but her secrets with her as she travels the country. When she meets Viola, a powerful connection is sparked between them - but Victorian society is no place for reckless women.
Meanwhile, on the other side of the world, invisible threads join Viola and Henriette to another woman who lives in secrecy, hiding her dangerous act of rebellion in plain sight.
Faith. Courage. Love. What will they risk for freedom?
What did I think about it..
Spirited is a new departure for this talented author who is better known for her works of contemporary fiction which she writes with an astute eye for what's happening in the modern world. I was surprised to find that her latest novel is historical fiction set during the Victorian age when spirit mediums seemed to flourish with alacrity.
The story focuses on three main characters - Viola Goodwin, who is newly married to Jonah Worth, is, not only having to get used to the idea of marriage to a man who seems overshadowed by an immense burden, but she is also having to come coming to terms with the death of her father, and uses the medium of photography, a skill passed onto her by her late father, to give her some respite from her troubled life. When Viola seemingly captures a ghostly spirit on film, it brings her into contact with celebrated spirit medium, Henriette Blackthorn, who is older, wiser and far more canny than Julia. Meanwhile Jonah has his own dark secrets which, although half a world away, in India, continue to threaten his peace of mind.
I found Henriette Blackthorn such a fascinating character, she's totally flawed, as is often the way with great narrators, but it's this inscrutability which makes her progression through the novel all the more interesting. Viola is a such a sensitive soul, starved of affection, craving attention, which makes her sensitive connection with Henriette all the more poignant.  Jonah's back story is quite fascinating and I enjoyed going back to a darker time in Indian history and learning about the troubles which seem to burden Jonah's memory with such dark thoughts.
This interesting departure into historical fiction has certainly whetted my appetite for more of the same from this talented writer. Spirited brings to life the other worldly qualities of Victorian England and blends the mystical and supernatural with feelings of grief and loss, capturing secrets which have the power to change everything.
About the Author
Julie Cohen is a bestselling, award-winning novelist.
Twitter @julie_cohen #Spirited
@orionbooks
E-copy currently just 99p on Amazon UK 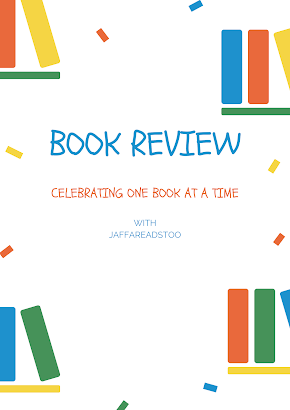