☼ Delighted to be part of this blog tour today ☼
Regency England. A land of oppression and social discontent.
Arthur Thistlewood is fighting for a revolution. Susan Thistlewood is fighting for freedom. From Arthur.
Battered and bruised by her violent husband, Susan finds comfort in food and books. As Arthur’s legal property, leaving the marriage seems an impossible dream — until a chance encounter with a charismatic Bow Street Runner. In the sanctuary of an inconspicuous London bookshop, the Runner’s easy manner and unexpected generosity compel Susan to pursue a life without her husband.
But will the Bow Street officer provide a key to Susan’s freedom? Or will he place her in the greatest danger of all?
Inspired by true events from the Cato Street Conspiracy of 1820, this is a tale of courage, determination, and love.

The Evolution of the Bow Street Officer

In The Second Mrs Thistlewood, Susan is eager to end her marriage to Arthur Thistlewood, a man on the government watch list for militant behaviour. In Regency England, divorce was rare and difficult to come by, requiring a Private Act of Parliament and the funds with which to pay for it. Options for Susan are therefore almost non-existent until she meets William Westcott. A transcript of a real court trial involving Arthur Thistlewood cites William Westcott as a “Bow street patrolman”. In the novel, I have promoted him to officer rank and given him an important role in Susan’s story.
Who were the Bow Street officers and patrolmen? In the late seventeenth and early eighteenth centuries in London, the capture of criminals was based on a government endorsed reward system for “thief takers” men who used contacts in the criminal underworld to retrieve stolen goods and obtain information about criminals. The thief takers collected significant financial rewards after prosecutions at the Old Bailey.
By the mid-eighteenth century, thief takers worked for a magistrates’ office and enjoyed a more formal arrangement. One such office existed in Bow Street. Magistrates would dispatch the Bow Street men to find and apprehend criminals. The public labelled these detectives the Bow Street Runners, although the men themselves preferred to use the grander title of “Principal Officers”, and earned significant incomes from their fees and state rewards following successful convictions.
The structure of the Bow Street Magistrates’ office continued to evolve and by the nineteenth century there was a team of watchmen who patrolled the streets to prevent crime, and a more advanced set up of salaried detectives who investigated, located and arrested suspected criminals. My character, William Westcott, is one of these detectives.
The following short extract is from the chapter where Susan first meets William at a bookshop in paternoster Row, London. Drawn to his deep, mellow, comforting voice, she is surprised when he purchases a book by her favourite author. A conversation ensues and then Susan asks Mr Brown to serve Mr Westcott while she browses the shelves:
‘Browse at will, Mrs Thistlewood,’ says Mr Brown, gesturing that the shop is mine to wander about as I please.
‘Mrs Thistlewood?’ The other customer has an amused expression.
‘Yes. Have we met before?’
‘No. Forgive my impertinence. Thistlewood is an uncommon surname, and I should not have reacted so.’ A subtle bow accompanies his apology,followed by an engaging smile.
I move to the furthest aisle, giving the gentleman privacy to make his purchase. A collection of travel journals provides adequate distraction, and I take my time to admire an atlas filled with maps coloured by a careful hand. The tinkle of a bell and the roaring of windswept heavy rain announce Mr Westcott’s departure. I hope the foul weather eases soon because Arthur is expecting me home to greet a guest for dinner and I mustn’t have my clothes looking as though I dragged them straight from the laundry tub.
‘Does anything else appeal today, Mrs Thistlewood?’
‘I’ll just take Emma please.’
Mr Brown slides a package towards me. It’s wrapped in pale blue paper and tied with a dark blue ribbon.
‘You’ve already prepared it?’
‘While you were browsing.’
I rummage in my reticule for coins. ‘The price please, Mr Brown?’
‘There’s nothing to pay.’
‘I don’t understand.’
‘Mr Westcott paid for this book when settling the account for his other purchases.’
As the story continues to unfold, a relationship develops between Susan and the officer from Bow Street, but as Arthur strays closer towards the wrong side of the law, it is unclear whether Mr Westcott’s affection is genuine or whether he is using Susan to trap Arthur. To discover the true motive behind his actions, you’ll have to read the novel!
About the Author 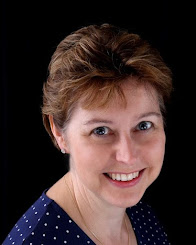 Dionne is a retired doctor, living in Plymouth with her husband. She has a passion for history, the great outdoors, good food and life in general. With her medical career now well behind her, she is enjoying a second career as an author.
In 2015, Dionne finished writing her first novel The Provenance of Lilly, but after careful reflection and consideration of some harsh criticism, she decided not to put it into print. Instead, she worked hard at honing her writing skills, and published her debut novel,Running With The Wind, in 2019. She is currently working on a sequel which will form Book One of The Trelawney Wives series.
Dionne graduated from St George’s Hospital Medical School in 1992, and started her medical career in the Royal Air Force. In 1998, she left the military to have her son, and worked in General Practice and Occupational Medicine. The opportunity to retire came in 2014 and Dionne did not hesitate to take it, relishing the opportunity to delve into history books and begin her writing career. Although no longer practising medicine, her medical background has some influence in the plotting of her stories.While keen to maintain historical accuracy in her writing, Dionne creates stories from real events with sparse recorded details, allowing her imagination to take over and tell a tale of what may have occurred.
Twitter @Dionne Haynes
Facebook
Instagram
Amazon UK 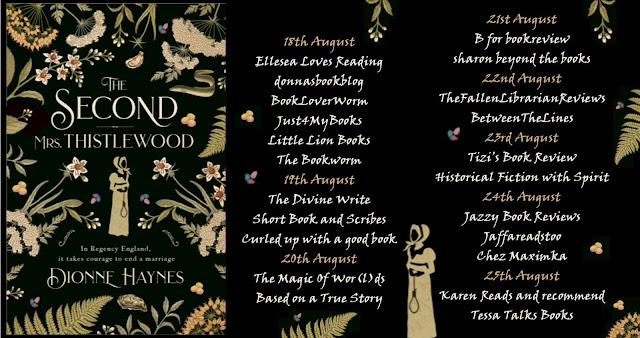