☼ On Hist Fic Saturday I am delighted to be part of this blog tour ☼
Liverpool 1950
When Evie Kilgaren takes over the running of the back office at Skinner and Son's haulage yard, she has no idea she is walking into a hive of blackmail, secrets and lies.
Her fellow co-worker and childhood nemesis, Susie Blackthorn, is outraged at being demoted and is hell-bent on securing the affections of local heartthrob Danny Harris.
Grace Harris, a singer on the prestigious D’Angelo transatlantic ocean liners, is returning home engaged to be married. But Grace is harbouring her own shocking secrets and something valuable her fiancé very desperately wants back.
As we return to the lives and loves of those who live and work in the Mersey Docklands, not everything is as it seems and love and luck are rarely on the same side.

What did I think about it..
The three Mersey girls whose lives intertwine in this second book in The Reckoners Row series are a feisty bunch, each of them filled with that Liverpool grit which makes this historical saga such a pleasure to read.
Grace Harris is a talented singer working for the glamorous D’Angelo shipping line and is used to mixing with celebrities and royalty on board the luxury liners where she is the lead cabaret act, but her roots are firmly in Liverpool  with her rambunctious family. Evie Kilgaren has an old head on young shoulders and despite being only twenty-one, she not only looks after her younger brother and sister but has managed to study book keeping so that she can earn a decent wage to keep their  family together. Flighty, Susie Blackthorn is the proverbial thorn in Evie’s side and her spiteful personality and vindictiveness, makes her a difficult character to like but she adds some necessary darkness to this entertaining historical saga.
The story caught my interest from the start and even though I haven’t read the first book in the series I quickly caught up with what had happened in The Mersey Orphan, as the author very cleverly weaves the back story into the narrative, so I never felt like I had missed something vital. I liked how the author gave each of the girls enough time in the spotlight and whilst I was often exasperated by Susie’s peevishness I did look forward to seeing just what she would do next! Grace and Eve’s individual stories are equally as interesting, particularly as Grace’s life seems so glamorous compared with the other girls.
Setting the book in 1950 we get to see the Liverpool of the post-war years when although a thriving sea faring city, there was much poverty around and rationing was still very much in evidence so poorer families struggled to make ends meet. The author writes well and creates a nice sense of atmosphere and an authentic recreation of the post-war era. I enjoyed meeting the families who call this corner of Liverpool home, their good humoured stoicism and general air of making the best of whatever life throws at you comes across in the author’s fine attention to detail and story telling skill. However, life is about to change forever for some of the residents when long held secrets are about to be exposed.
I’ve thoroughly enjoyed spending time with the families of Reckoners Row and I would hope that the author returns to this vibrant part of Liverpool in future historical sagas. And although I picked up the story easily, as with any book series, it would be much more sensible to start at the beginning with the first book.
About the Author 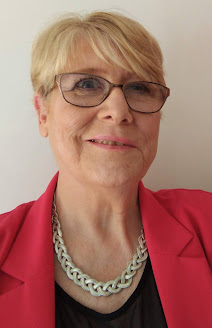 Sheila Riley wrote four #1 bestselling novels under the pseudonym Annie Groves and is now writing the Reckoner's Row series under her own name. She has set it around the River Mersey and its docklands near to where she spent her early years. She still lives in Liverpool.
Website   Newsletter
Twitter @1sheilariley
Instagram
Facebook
Bookbub
@rararesources
@BoldwoodBooks #BoldwoodBloggers