Blog Tour ~ The Bird in the Bamboo Cage by Hazel Gaynor ☼

☼ Delighted to be part of this Blog Tour on Publication Day ☼
My thanks to the author for the copy of this book and to Random Things Tours
for the invitation to be part of the blog tour
China, 1941. With Japan’s declaration of war on the Allies, Elspeth Kent’s future changes forever. When soldiers take control of the missionary school where she teaches, comfortable security is replaced by rationing, uncertainty and fear. Ten-year-old Nancy Plummer has always felt safe at Chefoo School. Now the enemy, separated indefinitely from anxious parents, the children must turn to their teachers – to Miss Kent and her new Girl Guide patrol especially – for help. But worse is to come when the pupils and teachers are sent to a distant internment camp. Unimaginable hardship, impossible choices and danger lie ahead. Inspired by true events, this is the unforgettable story of the life-changing bonds formed between a young girl and her teacher, in a remote corner of a terrible war.
What did I think about it..
Some books stand out head and shoulders above the rest, they have that indefinable quality which even before the story begins there is a sense that it is going to be rather special and The Bird in the Bamboo Cage certainly doesn't disappoint on any level.
The story is set in China during the tumultuous years of the Japanese occupation when the Imperial Japanese army took control of the China Inland Mission School at Chefo in Shantung Province. The hundred or so children of mixed ages are, for many reasons, separated from their parents, and so look to their teachers to help and guide them through this dangerous time.
With a stoicism beyond measure, ten year old Nancy Plummer and her best friends, Sprout and Mouse, together with their classmates and teachers, but especially Miss Kent, the Brown Owl of their Brownie and later Girl Guide pack, endure so much heartbreak and deprivation that at times the book becomes difficult to read through tears. And yet despite the sadness, which is invariably heightened by the description of their life in Weihsien Internment Camp, there is a lightness of spirit, and a fierce determination, by all of the prisoners, to survive against the odds.
The story is told mostly through the eyes of ten year old Nancy who, over the period of her incarceration, grows to be a compassionate and endearing fourteen year old,  her voice comes  across loud and clear, we hurt when she hurts, we cry when she cries and rejoice in her small victories, but it is with teacher, Elspeth Kent, whose bravery, fortitude, love and devotion to the girls in her care shines through and is where the story finds its heart and soul.
Beautifully written as only this author knows how the story flows so that you don't notice turning the pages. It's only when real life intrudes do you discover that an hour or more has flown by with no concept of anything happening in the world around you.
In this strange year it's been such a joy to escape into a world of literature, fine writing which takes me away from the mundane routine of lock down. The Bird in the Bamboo Cage has been an absolute pleasure to read and, despite the bucket loads of tears I cried, without any shadow of doubt, this story is another of my 'books of the year', and is most definitely this author writing at her absolute best.
About the Author 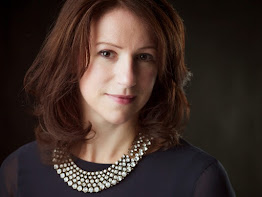 Hazel Gaynor is an award-winning, New York Times, USA Today, and Irish Times, bestselling author of historical fiction, including her debut THE GIRL WHO CAME HOME, for which she received the 2015 RNA Historical Novel of the Year award. THE LIGHTHOUSE KEEPER'S DAUGHTER was shortlisted for the 2019 HWA Gold Crown award. She is published in thirteen languages and nineteen countries. Hazel is co-founder of creative writing events, The Inspiration Project, and currently lives in Ireland with her family, though originally from Yorkshire,
Twitter @HazelGaynor #TheBirdInTheBambooCage
@HarperFiction
@RandomTTours 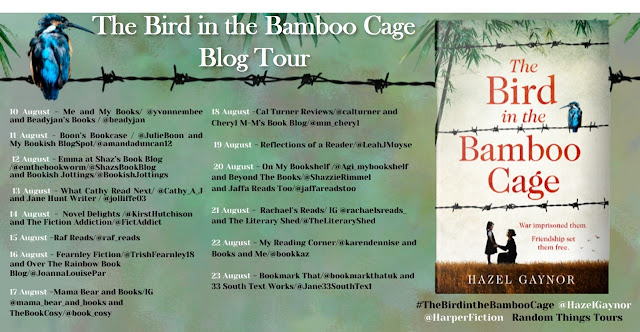