Ruth is thirty years old. She works as a nurse in a care home and her fiancé has just broken up with her. The only thing she has left of him is their shopping list for the upcoming week. And so she uses that list to tell her story. Starting with six eggs, and working through spaghetti and strawberries, and apples and tea bags, Ruth discovers that her identity has been crafted from the people she serves; her patients, her friends, and, most of all, her partner of ten years. Without him, she needs to find out – with conditioner and single cream and a lot of sugar – who she is when she stands alone.

First off it has to be said that I was influenced by the book cover, which I think is especially eye catching, so kudos to the jacket designer, as this is definitely one of those books I would pick up in a book store.

The premise of the story, which focuses on Ruth's break up with Neil, her fiancé, is devised around a shopping list which is the only thing that remains of their time together. By using the mundane items on the list to tell her story, Ruth's feelings about who she thinks she is and where she wants to go with her life starts to emerge.

I think the author has been quite intuitive in her manipulation of the story, and rather than reveal everything at once, and this become just another story of a bad relationship break up, what actually happens is a dissection of Ruth's life, the good and the bad, both in the past and in the present, until we get to know everything that there is to know about her relationships, not just with her ex-fiancé, who has his own problems, but also Ruth's relationship with her mother, her friends, and work colleagues.

The author's unique writing style makes this into a jigsaw puzzle kind of read where at first the pieces don't seem to fit neatly together but as the story moves along, and as we get to know more about Ruth's troubled life, so we start to piece together the fragments and begin to understand more about why she behaves in the way she does.

Shelf Life is quite a sad story which the author does well to bring it to life in a meaningful way. 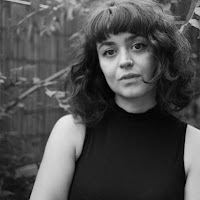 Livia Franchini is a writer and translator from Tuscany, Italy, whose work has been published in numerous publications and anthologies. She has translated Michael Donaghy, Sam Riviere and James Tiptree Jr. among many others. In 2018, she was one of the inaugural writers-in-residence for the Connecting Emerging Literary Artist project, funded by Creative Europe. She lives in London, where she is completing a PhD in experimental women’s writing at Goldsmiths. 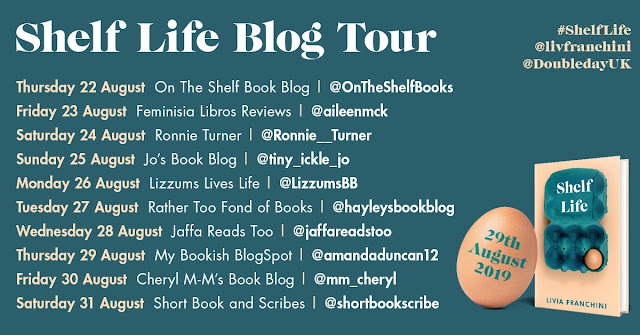